Albariño and the new ‘Queen of the Rias’

They call Albariño ‘the Queen of the Rias’ but perhaps Paula Fandiño, chief winemaker at Mar de Frades, could also stake a claim to that title, after more than a decade of tireless innovation and devotion to working the lees. 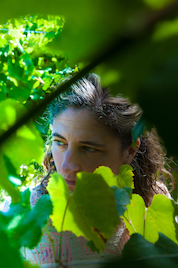 Concerned about rising temperatures and desperate to retain the freshness for which Albariño is renowned, she has instigated a new system for paying its growers, based on measuring the acidity in the grapes, as well as the sugar content. Mar de Frades is the first producer in the region to work in this way and she strongly believes it is vital to avoid overripe grapes, which result in fuller, flabbier wines with “apple pie” character. Fandiño works closely with dozens of supplier partners, whom she says have been supportive of the new approach.

With around 60 hectares of vines and a further 20 being planted this year, Mar de Frades is the largest vineyard owner in the region, fragmented between the different ‘fingers’ of Galicia’s breathtakingly beautiful Rias Baixas. Established in 1987, it became part of the Zamora company in 2002, as a sister brand to Ramon Bilbao, and it clearly benefits from the parent group’s deep pockets and thirst for innovation.

Already a champion of the ‘Ganimede Method’ – where carbon dioxide is pumped into the tanks through an inverted cone to prevent oxidation – Fandiño’s next project to splash the cash is a giant granite tank, specially built for her, to reflect the region’s distinctive soils and experiment with the effect on fermentation. We’ll have to wait another year for the results, but there is clearly some excitement in the winery. 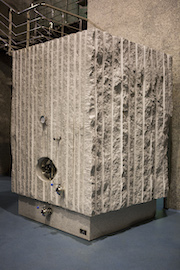 Mar de Frades – meaning “Sea of Friars”, a reference to the nearby landing point for pilgrims on the ‘Camino’ to Santiago de Compostela – is rooted in the Salnés Valley, the historic home of Albariño, with its two hectare Finca Valiñas vineyard producing an eponymous flagship cuvée.

Celebrated for its Albariño, last year Mar de Frades launched its first Godello, and Fandiño was back in London last month to show off the latest vintage over lunch at Ibérica in Farringdon. Just 2,500 bottles were produced in 2016, all were sold, but we were fortunate to taste a couple of bottles that Ali Mann had squirrelled away in the EWPR cellars, whilst also tasting the newly released 2017 vintage and having a sneak peak at the 2018.

Godello, originating on the other side of Galicia in Valdeorras, was near extinct until the late 1980s, having disappeared in the wake of phylloxera. It is not normally found in the Rias Baixas, where it seems to beguilingly reflect the marine influence.

All these wines are available at Great Western Wine.

A glimpse of the 2018 gave us a work in progress. Greener and still relatively simple, with a blast of fresh pear, Fandiño confessed that it was “too early to taste”, however it was fascinating to see how the wine evolves, and it allows me to write that it is worth waiting for Godello.

The work horse, 2018 Mar de Frades Albariño RRP £18.95, is crisp and fresh, like a bracing clifftop walk, with bright grapefruit, red apple and a mineral depth.

At the premium end, Mar de Frades Finca Valiñas 2015 RRP 29.50, is a complex feast with spiced orange, tropical fruit, ripe pink grapefruit and a divine savoury feel all structured around that trademark robust acidity. Although ageing in bottle is relatively unusual in the Rias Baixas, the rewards of patience are evident in the 2015.

Mar de Frades Finca Valiñas 2016 RRP £29.50, will not be on the market until next year. The nose is currently more floral and the palate still rather closed, but – again – it was fascinating to taste it on its own pilgrimage to its potential.

Finally, to another of Fañdino’s innovations: the sell-out sparkling Albariño. Mar de Frades Brut Nature NV RRP £25, is fresh and bracing, bone dry, with yellow plum, green apple and a mouth watering saltiness, like a refreshing splash from the crashing Atlantic waves.

This piece originally appeared in The Buyer.