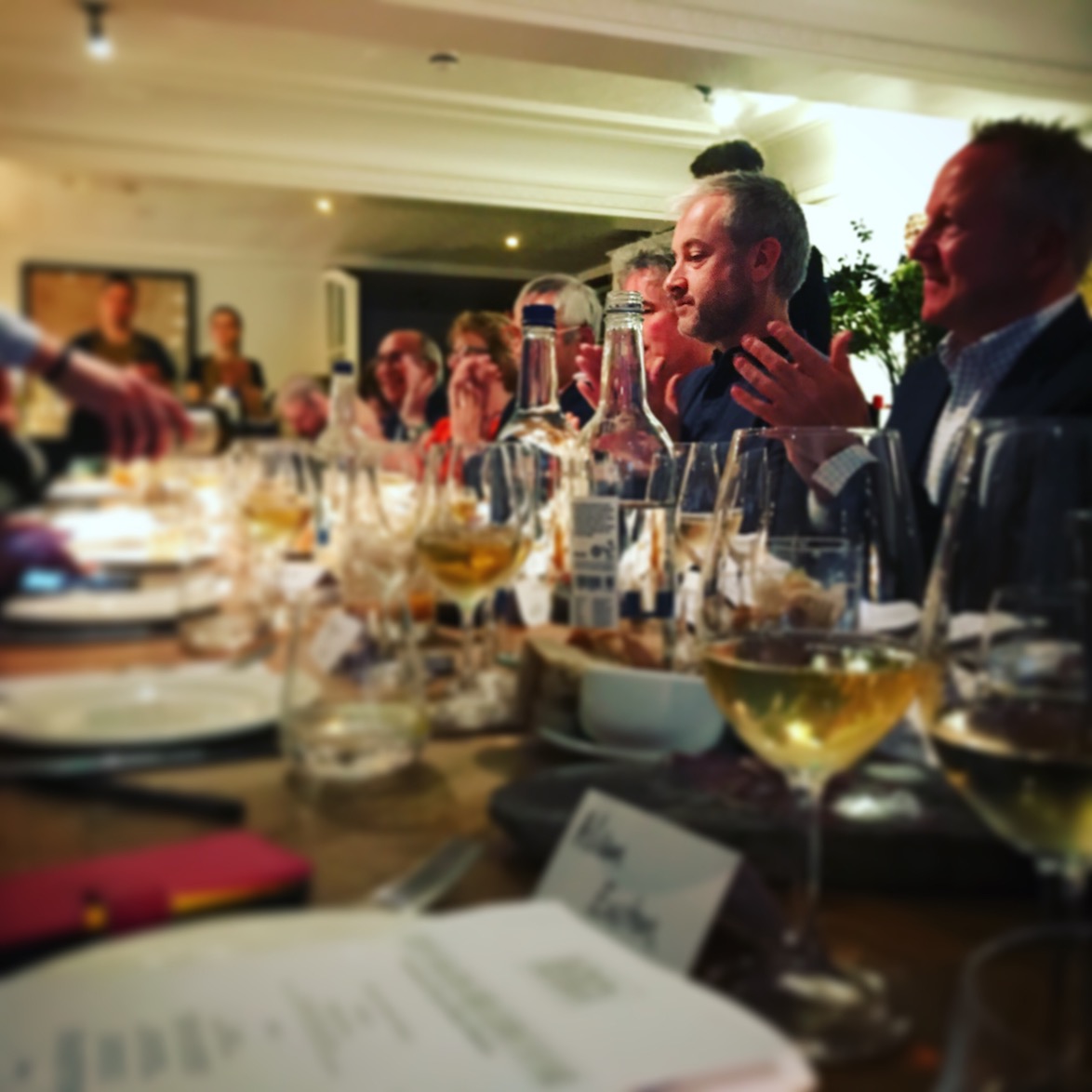 This piece originally appeared in The Buyer. I’ve made a couple of minor changes and added stockist details. I understand that these limited edition Sherries sell fast, so if you’re tempted, don’t delay!

Some years ago, I started keeping a list of wines that are the personification of their creator. Sometimes you meet the winemaker first, and you have a hunch about how those wines are going to taste. On other occasions, you try something and paint a mental picture of the person who crafted it. Either way, more often that not, I find it is pretty accurate.

Tio Pepe’s veteran winemaker Antonio Flores entered the world from the top of a Solera system – he was born in a flat above the original cellar, in which his father worked – spending his early years helping inspect the contents of the casks. So it’s little surprise that he now rather resembles the fine wines to which he has dedicated his long career. Sage, charismatic, florid in his language, Flores lives and breathes what he describes as an “enological miracle”. 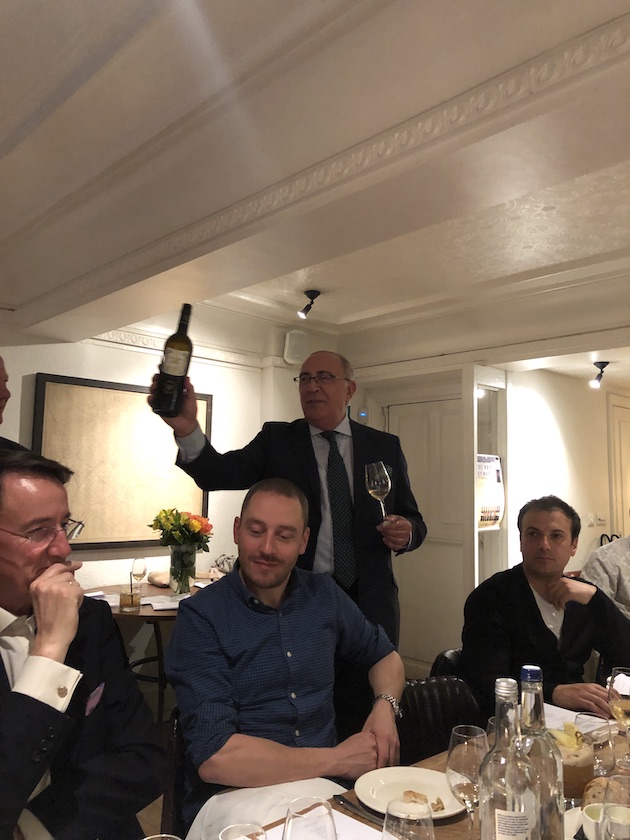 In London, for a special dinner to mark the 10th anniversary of Tio Pepe En Rama, Flores was in fine form, raising a bottle to toast a triumph of innovation in a category that was still in the grip of an existential crisis a decade ago.

Back then, the decision to release the ‘saca’, freshly pulled from barrel, bottled unfiltered and unfined, was considered a huge risk, for fear that it was difficult for consumers to understand, could prove to be unstable and might even damage the wider Tio Pepe brand.

In the end, this was no ‘fatal flor’. Instead, sherry-lovers enthusiastically embraced a new product that Flores describes as “pure, and true to itself”.

“It seems we are talking about a child, because en rama has now grown up, to become a category” he tells us, “this wine has been teaching us”. Ratcheting up the drama, he adds “flor is a fine line between life and death”.

That sense of passion isn’t confined to its creator. “It is our flagship, a brand close to our heart” says Maurizio Gonzalez-Gordon, Chairman of Tio Pepe’s parent, Gonzalez Byass, “it’s a way to understand our winemaker’s world, an invitation to walk into our winery and discover the diversity of our Solera system”. 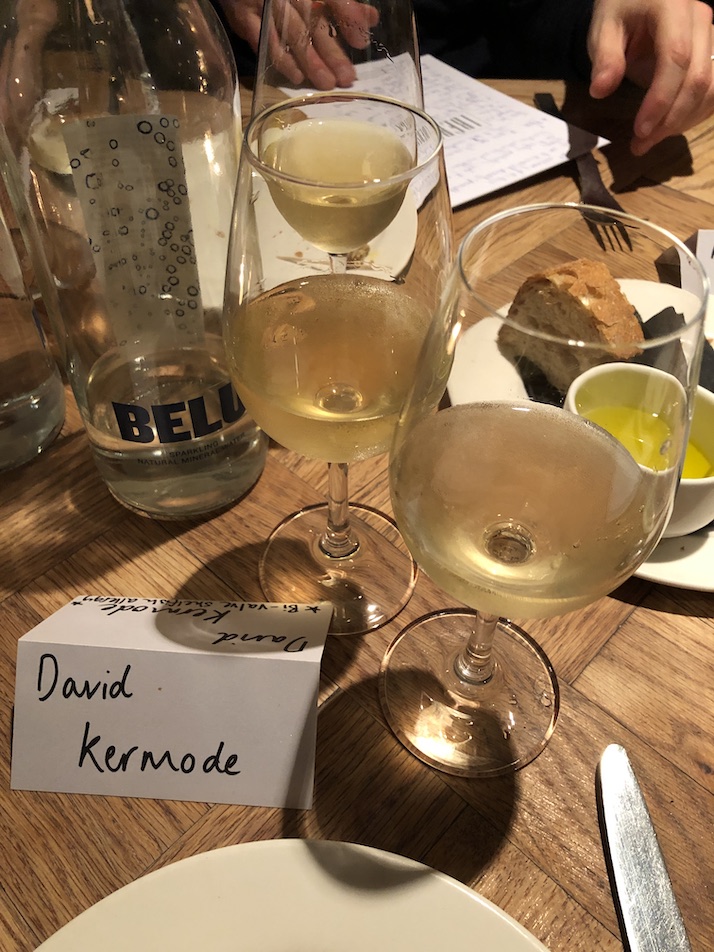 First to accept that ‘invitation’, a decade ago, were the Wine Society and Lea and Sandeman, who signed up for the launch, with a degree of trepidation about how it would sell. The concerns were unfounded, as the Society’s members snapped up its whole allocation in just three hours, with the annual release now a case of ‘catch it while you can’.

That said, en rama, which retails at around £16, remains a niche product: the initial bottling was 16 thousand and, a decade later, the latest run is just 18 thousand bottles.

“For retail, it is a hand sell, without doubt” says Martin Skelton, UK Managing Director for Gonzales Byass, ”so it’s a great fit for specialists and independents”.

Some of the country’s top buyers also appear to be going bananas for en ramas, with a third of the UK’s imports going into the on trade, compared with around 10 percent for sherry as a category.

“We have also seen sherry going from ‘the embarrassment pages’ at the back of the wine list, to the front, between Champagne and wine, where it rightly sits”, says Skelton, “We’ve seen some really good Spanish restaurants opening up in the UK in recent years, and things are now taking off”.

Ibérica in London’s Great Portland Street was one such opening and it was chosen to host the celebratory dinner, with an astutely paired menu created by Spanish celebrity chef Nacho Manzano.

Starting with divine ‘croquetas’ that can only have been hand fried by angels, served  with a cocktail of Asturian Cider, mixed with Pedro Ximenez, lemon and egg white, the ‘pairing menu’ officially began with Tio Pepe Fino, its saltiness complementing ‘Cecina’ air dried beef.

A richly-flavoured giant beef tomato in salmorejo sauce was offered alongside the star of the night, Tio Pepe En Rama 2019 (£14.95 at the Wine Society or Lea and Sandeman). This new vintage release is fresh, with a yeasty character so vibrant it’s as if the contents of the glass are breathing, baked apple and a glorious saline finish that lingers.

A zesty, slightly nutty Viña AB Amontillado (formerly known as Amontillado Fino until someone important, in a regulatory capacity, decided it could no longer be called that) accompanied fried artichoke hearts, with the pairing of the night proving to be ‘Pitu chicken rice’ with Alfonso Olorosso, a glorious feast of vanilla sweetness, toasted hazelnut, dried citrus and French polish. Manchego cheese came with a velvety smooth Matusalem, rich in dried fruit, with the meal rounded off with ‘textures of chocolate’, served with a dark, voluptuous Noé, Pedro Ximénez.

Each annual release of Tio Pepe En Rama signals a new, ‘retro’ label design, chosen from the vast archive of 20 thousand such examples, dating back to the establishment of Gonzalez Byass in 1835.

“By changing labels every year, we are also telling the consumer that the wine in the bottle is going to be different every year”, Skelton says, referring to the development of the flor in each criadera.

En ramas are not intended for laying down, with the early releases bizarrely suggesting a ‘best before’ date, just three months away. Happily, there are encouraging signs that they can adapt to ageing rather better than yoghurt, cream cheese, or anything else menacing at the back of a fridge.

We were treated to a blast from the recent past, sadly not including the first release from 2010, which is no longer available. The patent variation in ageability is striking, much more pronounced than with still wine. Most impressive, for me, the 2012 Tio Pepe En Rama, still relatively fresh and exhilarating, oozing that distinctive yeasty character.

As for the future, Maurizio Gonzalez Gordon is cautiously hopeful that sherry’s dark days of self-doubt are behind it. “I am optimistic about it”, he tells me, “I think we need to continue to innovate, to engage younger consumers, who desire something new, something authentic, something different”.

Thanks to Peter Dean for the main image of me, contemplating a table of Sherry glasses.