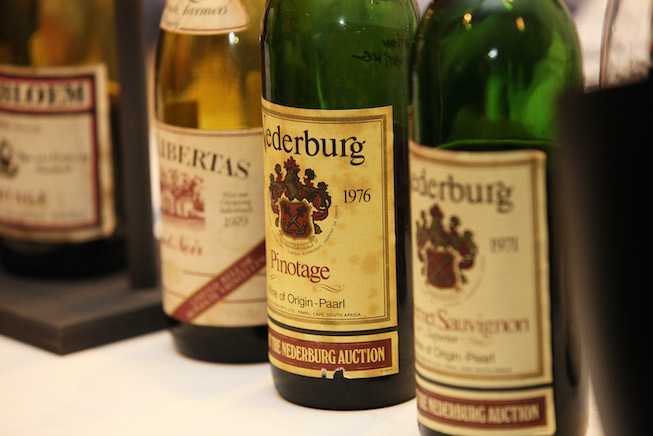 Having battled economic woes and years of severe drought, South Africa’s wine industry has suffered more than its fair share of pain, with the crisis of the last year feeling existential in its enormity, but there is a chance to help by being part of the Cape Fine and Rare Auction.

Over the past year, South African producers have endured three separate blanket bans on the sale of alcohol, covering a combined total of 20 weeks. At one stage, there was even an export ban. The latest attempt at prohibition was lifted just over a month ago, when the government responded to pleas for wine to be treated as a separate case, rather than thrown in with beer and liquor more widely blamed for the pressure facing the country’s embattled healthcare system.

With the ’21 harvest well underway, the latest challenge has been the huge stocks of unsold wine sitting in tanks that are now needed for this year’s vintage.

Around 300 thousand people are directly employed in South Africa’s wine industry and it’s estimated half a million jobs depend upon it, so it really matters.

So what can we do? The short answer is to buy South African wine – and, for anyone with even a passing interest in collecting, there’s also the novel opportunity to get hold of some real treasures, while supporting the industry and its nominated charities.

The Cape Fine & Rare Wine Auction, which used to be known as the Nederburg auction, happens on May 22nd and the catalogue is already live (here) to whet your appetite. It’s all happening virtually this year, of course.

The wines include some of the rarest you will find from South Africa, including bottles meticulously preserved since the 1960s and some celebrated vintages, including 2009 and 2015. The great names are well represented – Kanonkop, Nederburg, David & Nadia, Stellenrust, Thelema, Zonnebloem, the list goes on – and the brochure also features sections devoted to Methode Cap Classique sparklers and those produced under the country’s pioneering Old Vine Project.

South Africa offers extraordinary value, when you consider the quality to price ratio of the wines it produces and, though it’s not the country’s most famous variety, Cabernet Franc really shines for me.

Raats Family Cabernet Franc 2012 is one example of the wines on sale at the auction and I was fortunate enough to taste it: still fresh with wild blackberry and ripe black cherry, there’s pencil lead, a slightly earthy, leafy note (signature Cab Franc), ripe, juicy tannins, lovely balance and real  concentration.

I love an auction, though I am known to get overexcited, so – courtesy Covid – here’s a chance to get involved wherever you are in the world on May the 22nd.

For more on the #saveSAwine campaign, check out my piece for Club Oenologique last month or, if you want to know more about the real challenges the country’s wine industry is facing, check out Bruce Jack’s seminal piece for The Buyer.