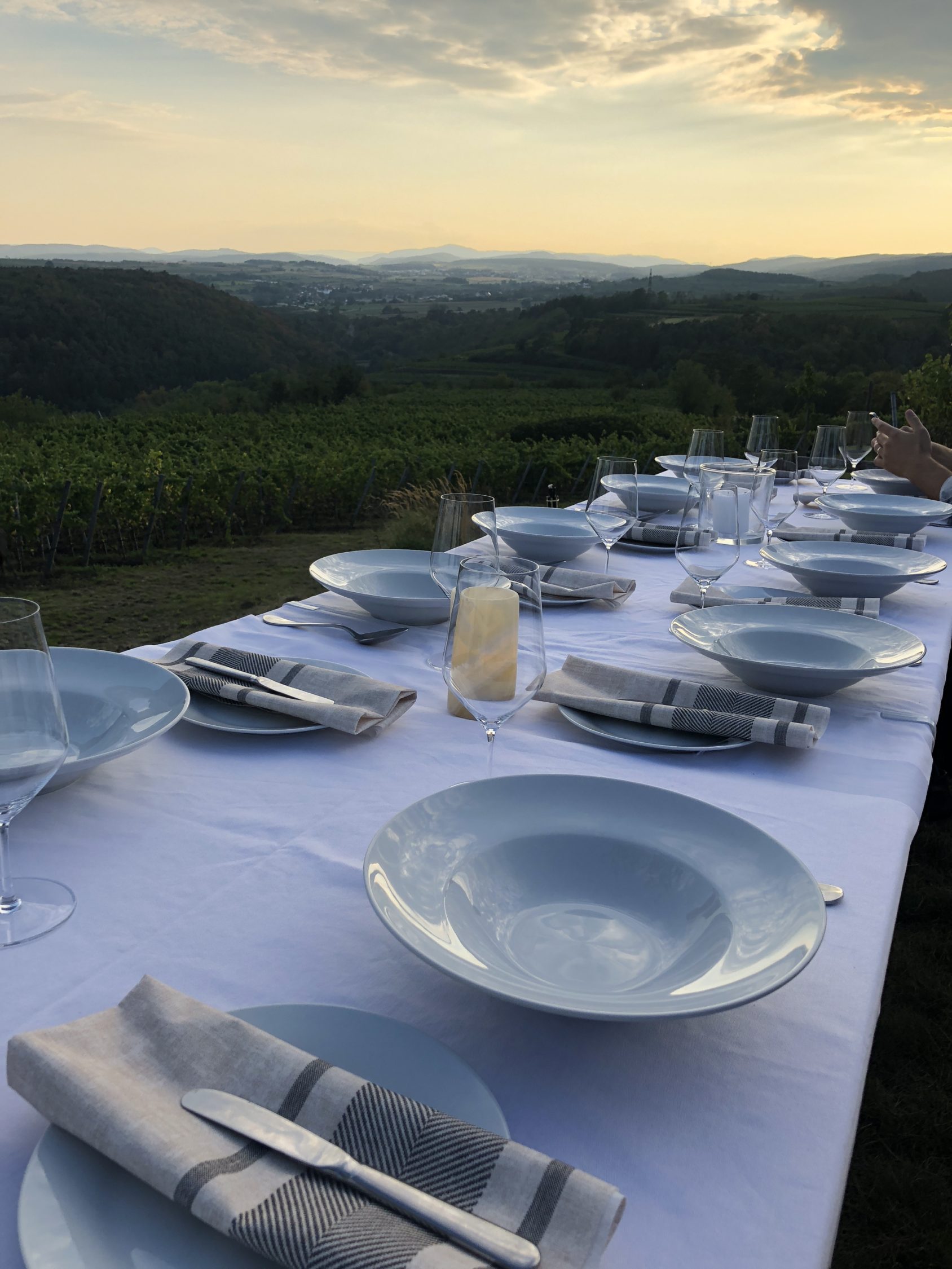 Ah Vienna. Getting to grips with Austria’s wines

This is a piece I was commissioned to write for The Buyer, for the premium ‘on trade’, with a few very subtle changes.

Nowadays we’re constantly told to be on our guard for ‘fake news’, so I had to pinch myself.

Here was the chairman of the Österreichische Traditionsweingüter – the Association of Austria’s traditional wine estates (ÖTW) – apparently insisting that its new classification system has nothing to do with the quality of the wines.

Michael Moosbrugger, quietly spoken and carefully measured, a respected winemaker for the historic Schloss Gobelsburg, with his own wines among the stars of the new vintage, telling us that it’s not about what’s in the bottle? Did I overindulge in that vertical tasting just now?

As ever, context is everything.

… “it has to be about significance” …

And it’s one hell of a classification. A herculean task that’s about to get even bigger in scale, with six Vienna wineries and twenty in the neighbouring region of Carnuntum also joining the ÖTW this year; a pretty decisive vote of confidence in the new system.

“It is absolutely necessary to offer modern consumers the navigation of a classification process, but it cannot be done quickly”, says Moosbrugger. “We estimate it may take between 30 and 40 years to complete. It is a big challenge, but I am always optimistic.” 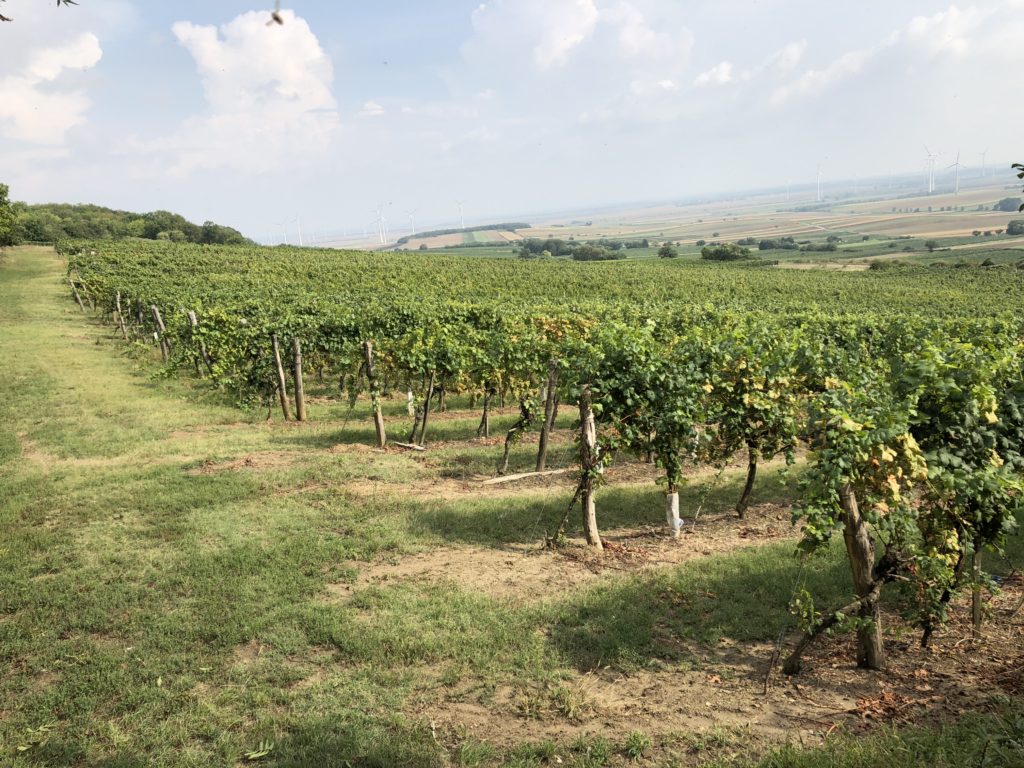 In 2010, the first classification identified 53 sites in the top tier as ‘Erste Lagen’ –  or ‘premier cru’ – and, with this year’s iteration, there are now 72 vineyards, also including Wagram and Vienna,  permitted to carry the 1ÖT designation on labels. Vineyard sites must now also carry the ‘Reid’ prefix, to legally identify the site, reinforcing the message on provenance.

Not content with establishing ‘Erste Lagen’, the pursuit of a Burgundian utopia also extends to creating a new ‘Grosse Lagen’ – or ‘Grand Cru – classification for the finest sites, still a work in progress.

Although requiring patience, the new classification clearly engenders excitement amongst the ÖTW’s latest recruits: “Right now there is a revolution going on in Austrian wine”, Fritz Wieninger tells me. “Grüner Veltliner can be grown in Hungary, or even New Zealand, but there is only one Vienna and only one Nussberg, and that is what is so important about the new system”.

Wieninger, whose wines are produced on the hills surrounding the Austrian capital, is one of those six producers signing up to the ÖTW. 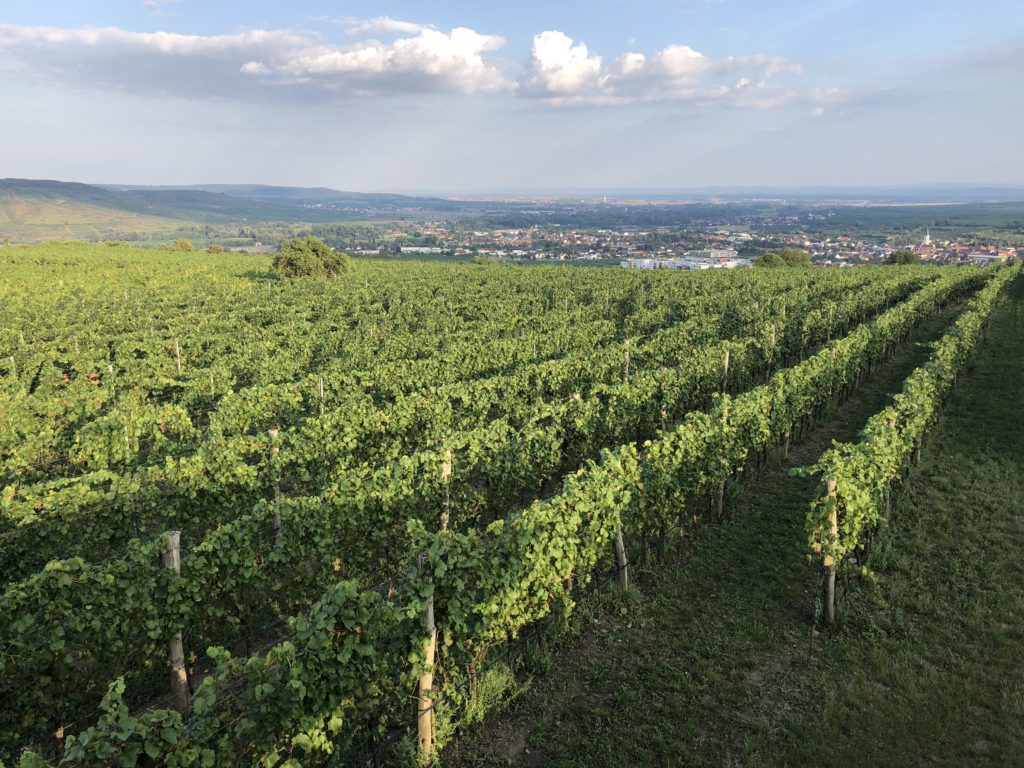 Vienna boasts 140 vineyards within its city limits, with 640 hectares under vine, all of it assiduously protected by the city authorities. As you stand amidst the vines, the office blocks and city sprawl below make for an incongruous backdrop. Those city dwellers are big business though, trudging up at the weekends to enjoy wine and cheese in the traditional ‘Heuriger’ and much smaller ‘Buschenshank’ (rustic-looking bars selling estate production) dotted across the hilltops. If you’re planning a short stay in Vienna, I’d highly recommend a nice weekend walk up into the hills for lunch.

Grüner Veltliner, Riesling and Weissburgunder are planted extensively, but Vienna also boasts a DAC (Districtus Austriae Controllatus) for its eponymous field blend, Wiener Gemischter Satz, with the rules requiring a minimum of three varieties, the main one constituting no more than half of the blend.

… “the blending is done in the vineyard” …

“Having everything picked at the same time gives our winemaking a unique feel”, Wieninger tells me,”the blending is done in the vineyard”.

The Wiener Gemischter Satz wines were among the newcomers for the series of ÖTW tastings this year and, as you’d expect, it’s difficult to generalise about these historic blends because they are all somewhat different. They are unusual, so definitely worth trying.

Carnuntum, once a vast Roman city to the east of the capital, now home to a mere 2,000 inhabitants, provided the other new recruits, affording us a greater range of grape varieties, but a more variable selection of wines.

For my palate, the limited number of Chardonnays we tasted spoke only of winemaking, rather than any sense of place. The same could not be said for the reds, with Zweigelt and Blaufränkisch generally offering a more distinctive cool climate character, with bright (sometimes bracing) acidity, juicy (sometimes tart) red fruit and grippy (sometimes a little harsh) tannins. Although some of these wines had rough edges and almost all needed a little time to settle down, the overall quality suggested that both grapes will be important future players for the newly expanded association.

Then came the main Erste Lagen tasting, running alongside the music festival at Grafenegg Castle, cleverly combining culture and viticulture, with the world-renowned Vienna Philharmonic belting out Bruckner, and the established winemakers of the Danube heralding their new vintage. 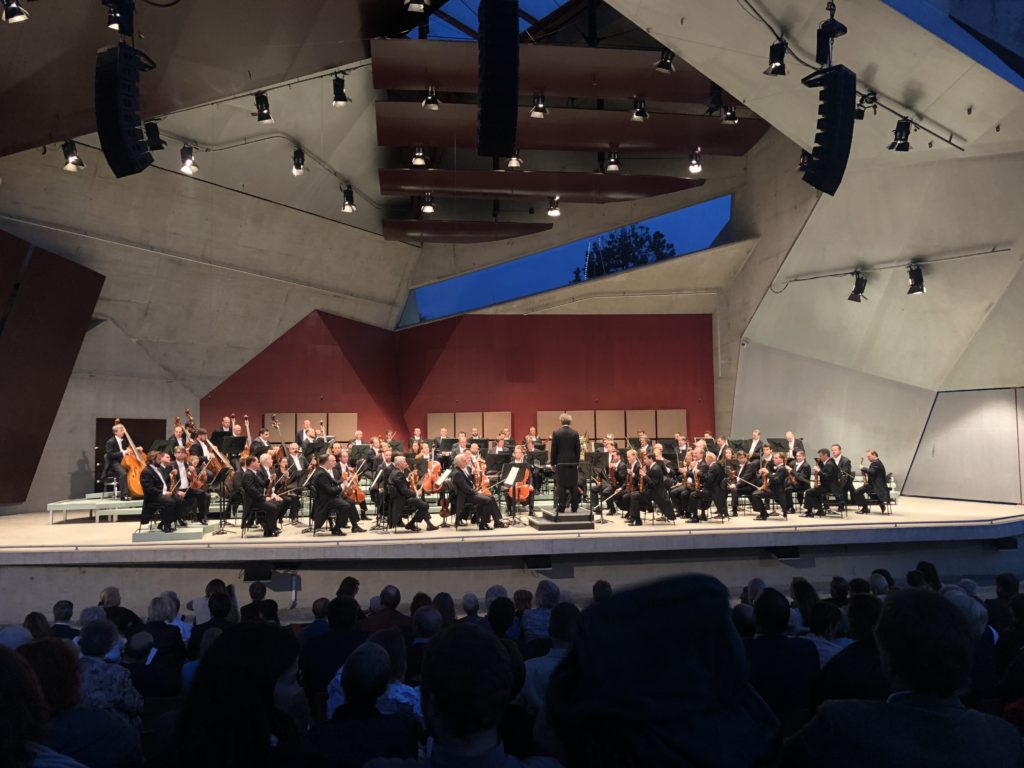 Although the 143 wines were laid out by appellation and then village, as in previous years the individual styles of the respective producers arguably stood out as much as the terroir in what proved to be another very warm year.

Just as the musicians of Vienna’s Philharmonic manage to exhibit both significance and quality, so too do the new Erste Lagen wines.