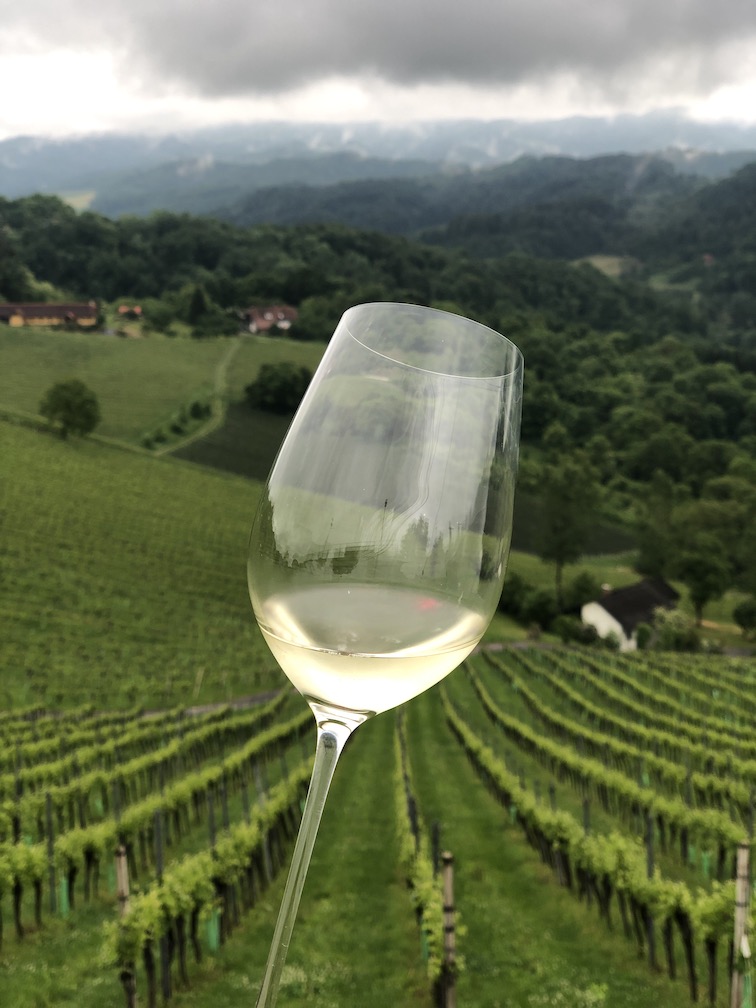 Treat or tricky? Getting to grips with tasting virtually

Oh to be back in a vineyard somewhere.

As the contributors popped up in their little boxes and ringmaster Anne Krebiehl MW poured her first, admirably generous, glass, there was already a subtle bittersweet note in the air for me. I was due to visit Wachau this month to meet Leo Alzinger amongst others. Instead, just like everyone else, I’m at home embracing the concept of ‘virtual tasting’ and – wouldn’t you know it – we’re going to feature one of the very wines I’d have had for real. Yes, I know. A first world problem, if ever there was one…

Billed as a ‘round table’, although the furniture was also virtual, here was a chance to hear five experts talk us through six very different wines, reflecting a microcosm of the striking diversity on show in what feels like a different era, at the UK trade tasting back in early February (pictured below… happy memories), and also to offer their thoughts on where Austrian wine is heading once life resumes some normality.

On the panel, two of London’s leading sommeliers, Ronan Sayburn MS, a Gordon Ramsay veteran, now head of wine at 67 Pall Mall, and Wieteke Teppema, ex of the Ledbury and most recently a co-founder of the sadly ill-fated Gezellig. Completing Krebiehl’s constellation, the presenter Helena Nicklin and writer Christina Rasmussen.

Starting with a sparkler, Austria’s current wine zeitgeist demands a Pet Nat, so the non-vintage “Kalkspitz” by Christoph Hoch (RRP £25, Newcomer Wines) was the perfect whistle-wetter. A galaxy of grapes, led by Gruner Veltliner, blended with Zweigelt pressed as a white, Sauvignon Blanc fermented on the skins, Portugieser and Muskat Ottonel, and featuring around 30 percent reserve wines, Teppema described it as “a palate refresher” and “a good example of Austria’s new wave”, relishing the “saline bite and weight from lees ageing, perfect for the start of a meal”.

Virtual or otherwise, it wouldn’t be an Austrian tasting without a bit of Grüner, so next up a 2017 “Am Berg” Grüner Veltliner (RRP £17.50, Theatre of Wine) from the Wagram’s idiosyncratic Bernhard Ott, an early adopter of biodynamic practices, which had Sayburn venturing up the Danube slightly for its “Wachau-like character” and “really electric minerality”. For Teppema, this one was a keeper: “the ageability of Grüner Veltliner is hugely underrated and the way Bernhard Ott makes his wine means ageing potential is just built in”. 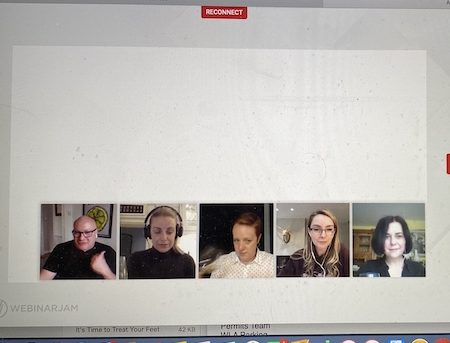 A discussion around food pairing had Teppema extolling the extraordinary versatility of the variety “which can make sommeliers lazy, because it just goes with all those things that are usually a really difficult match, where you would normally turn to Champagne” and Sayburn reminiscing about running Master Sommelier courses in Austria, “where all I eat for ten days is schnitzel, potato salad and Grüner Veltliner, as it’s perfect”.

Next – the nearest I’m getting to Wachau for the time being – was a 2017 Federspiel Riesling Dürnstein from Alzinger (RRP £22, Alpine Wines), described by Nicklin as “very consumer friendly”, triggering that age old debate among somms: how best to sell Riesling? “Put it at the front of the list. If you make a big thing of it and present it to people, they will embrace it”, was Teppema’s bullish approach, “we have a new generation of drinkers now who don’t remember Blue Nun and Black Tower and they are really embracing it”.

Declaring that she wasn’t going to do an Austrian masterclass “without doing a Steiermark”, a reference to Austria’s southernmost wine region, Krebiehl confessed that it was “Styrian Sauvignon Blanc (that) taught me to love Sauvignon Blanc”. 2018 Vulkanland Steiermark DAC Sauvignon Blanc Straden from Neumeister (RRP £26, Newcomer Wines), presented a real opportunity, suggested Teppema: “It’s just really lovely having have another source of high quality Sauvignon Blanc that isn’t the Loire Valley or New Zealand. As a sommelier, you don’t want to go to the things that everyone always knows. This is a fantastic alternative, with all the hallmarks of a typical Sauvignon, but a little bit different. It has its own identity that’s more restrained, a bit quieter”.

As Krebiehl grappled with the first physical cork of the session – giving us a gentle reminder of the joys of screw cap – the next wine opened up a divide in opinion. 2019 Rosé “by nature” from Gerhard and Brigitte Pittnauer (RRP £21, Bottle Apostle), made from Blaüfrankisch, “a natural wine with no sulphur added, the yeast left in bottle for its reductive properties to protect the wine”, said Krebiehl, translating a message from Brigitte Pittnauer, “this is as a counter-construct to the prefabricated flavour images we have of rosé”.

“two of my worst nightmares in one”

Declaring it to be “a serious wine”, Rasmussen said she loved it. Teppema said it had “bags of character”, but cautioned “if you were looking at a restaurant list, the fact that it has this much sediment would make it prohibitive to the majority of the public. Customers do not like cloudy wine.” Sayburn needed some convincing: “I really can’t imagine rushing home to pull a cork on this”, he said, “it has a place and, as a sommelier, you have to be open to all styles of wine. I’m not a big rosé fan, nor a natural wine fan, so it is like two of my worst nightmares in one”.

The last wine was a Zweigelt, a crossing of Blaüfrankisch and St Laurent, “an Austrian child if ever there was one”, according to Krebiehl, who likes it gently chilled. 2017 Burgenland Zweigelt from organic producer Feiler-Artinger (RRP £17.50, Bottle Apostle), which was lauded for its berry-fruited charm.

The final minutes were devoted to a brief but engaging audience Q&A session, with the participants asked about ‘the fundamentals of Austrian wine’. The new head of the country’s Wine Marketing Board, Chris Yorke, had already given his answer from the chat room, running throughout the session: “freshness, fruit, great with food, ageability and great price/value”, adding “made with love by family producers, with care for the environment”.

For Sayburn, the key was authenticity: “what could be perceived as something quite tricky, using indigenous varieties that no-one else uses, is actually a great advantage once people discover them”. Versatility was important too, added Teppema: “Austria is a great resource to introduce people to something new, something they wouldn’t normally choose for themselves, with great bang for your buck”.

With that, the session drew to a close and our tasters prepared for a lockdown ‘lock in’ with their remaining wines. As we all adjust to new ways of doing things, these virtual tastings can be tricky, feeling more like torture than a treat thanks to the appetite-whetting quality of the wines, but the simple act of connecting with wine and sharing the passion it arouses brings it’s own form of refreshment. For now, Wachau will wait.

This piece first appeared in The Buyer.