Barcelona Wine Week: my take on its inaugural outing

At first glance, an invitation to yet another generic wine fair might have inspired a gentle sigh, rather than a whoop, but a glimpse inside the enormous Montjuic convention centre banished any such weariness: this was the inaugural Barcelona Wine Week, and here was a show that was thinking big.

After all, we’re talking about Spain: the largest wine exporter in the world. Barcelona Wine Week banished any fears of Catalan bias or Cava overkill, capturing instead a real sense of the scale and diversity that the country’s huge wine industry deserves, with more than 550 wineries from 40 DOs exhibiting across the 3 days.

Attended by more 15,000 people, Spain might have been the sole focus, but the feel was international, with around 300 buyers from more than 50 countries – led by the United States, Canada, Germany, China/Hong Kong and the UK – joining around a thousand wine professionals from the domestic market. The show’s organisers estimated that more than 3,000 meetings took place in the various spaces set aside for a quick chat. 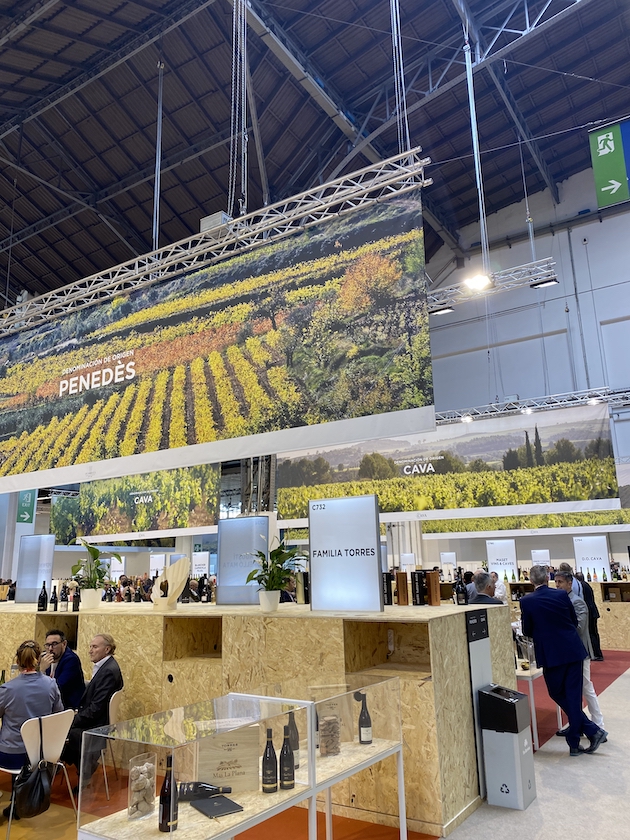 Chairman of Barcelona Wine Week, Javier Pagés, declared himself satisfied with its first outing: “This is Spain, we have sought to have all of the country represented here, from big to small, from wine to cocktails, because we want this to be the true showcase for the excellence of Spanish wine on the international market, the event where everyone wants to be”.

A former boss at Raventós Codorniu, Pagés must be a busy man: his main role is heading the DO Cava, which saw the departure last year of 9 respected producers to form the rival Corpinnat grouping – a sort of ‘Brexit for Cava’ – after a dispute about both the size and direction of the DO.

“I believe Cava has a great future, but that depends on us”, he told me, “and it’s my role to lead that, stressing the quality, its traditional method production, and the importance of our Mediterranean terroir”. Corpinnat also had a stand at the show, a symbolic distance from the producers it left behind.

Although Catalonia had the biggest presence, the show was about so much more than Cava drama, so in the spirit of assessing its first outing, here’s my Barcelona Wine Week report card:

Layout – It all looked really smart, well designed, with enormous signs making the most of the convention centre headroom, an easy-to-follow map, and loads of space to breathe and to avoid those bastards who stand across the front of the tasting table talking about their plans for Tuscany next summer. 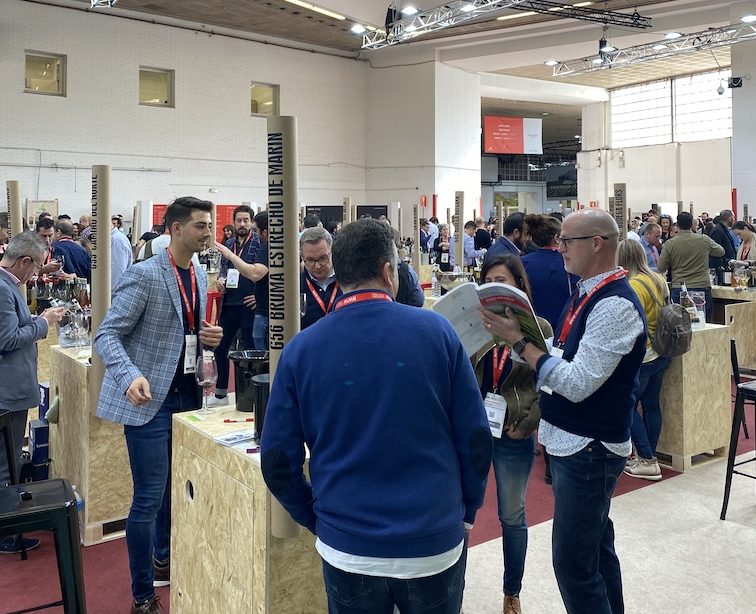 Women – the ‘Fabulous 50 by women’ featured a selection of wines by female winemakers, the profiles of each around the edge of the stand, with the wines offered by Enomatic. I have female friends who would thoroughly approve of this approach and others who might find it patronising, but I thought it was commendable.

The ‘BWW Gastronomy’ area – a delicious and diverse selection of high-end tapas, paired with well-chosen wines, championing the city’s culinary talent, more than I could eat, all for 29 Euros. London Wine Fair take note, this knocks spots off Olympia’s soul-dampening selection of eating options and makes a statement about gastronomy.

Speakers’ Corner – a varied range of talks, debates and masterclasses, with speakers including Wine Spectator’s Tom Matthews, sommeliers from the el Bulli Foundation and big names like Miguel Torres and Antonio Flores

Translation – although it’s probably arrogant to expect English at a Spanish wine event, there was a stated international focus, with a significant number of Americans attending, so it would have enhanced Speakers’ Corner to have a translation loop into English.

Big Guns – there were fewer producers than I expected from Rioja and Ribera del Duero, although Cava was obviously well represented.

Glassware – rather than being given a glass and having the option to change it, each stand provided a fresh one. This resulted in hundreds of cages trundling glasses through the hall, like a scene from that yet-to-be-written wine fiction, ‘Charlie and the Riedel factory’. I can only feel for whoever was doing the washing up.

And some of my favourite wines:

With one full day to play with, it was impossible to taste everything and there were many highlights, but here’s a Top 10 of those that scored highly for me:

Juvé & Camps, Reserva La Famiglia, Brut Nature 2016 (imported to UK, available at Majestic wine at £14.39 on a Mix 6 – a bargain, frankly), organically produced, with 36 months on lees, the traditional blend of Cava grapes (Xarel-lo, Macabeo and Parellada), delicate beads of clean, elegant white citrus and a hint of spice, leading into a toasty, satisfying finish. Although zero dosage is now fashionable, Juvé & Camps have apparently been doing it since 1976.

Blanca Cusiné 2012 (imported to UK, available at Gerard Seel at £23), a delicious organic, biodynamic Cava with Xarel-lo, Chardonnay and Pinot Noir. Brut Nature, with the feel of a Blanc de Noirs, fresh citrus, orange blossom, raw almonds, and notes of apple pie in the oven. Winemaker Maria Elena Jiménez was featured in the ‘Top 50 by women’.

Finca Olivardots, Rosa d’Amfora, 2018 (not in UK), from DO Empordà, in north east Catalonia, bordering France, made with Carignan Gris (known locally as Cariñena Rosala), an obscure pink mutation of Carignan, with a week’s skin contact and 4 months in clay amphora giving wonderful breadth and texture. Like a Miss Marple mystery: charming, faintly floral, then complex, ending with a bitter twist.

El Sitio, Vijariego Negro, Islas Canarias, 2017 (not in UK), from the indigenous red grape Vijariego Negro, on the small island of El Hierro, in the Atlantic off Africa’s coast, grown on phylloxera-free volcanic soil at 600m, with aromatic crunchy red fruit, juicy tannins and a salty stone core. 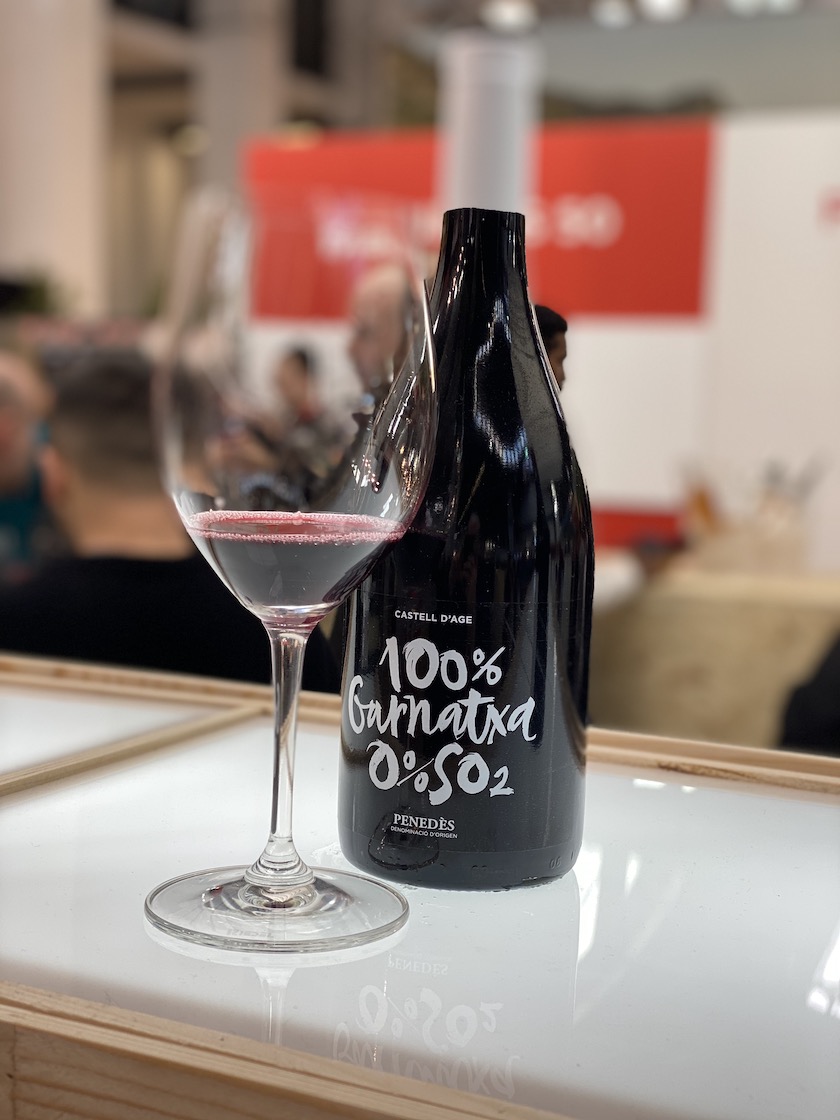 Castell D’Age, Garnatxa 0%SO2, Penèdes, 2018 (not in UK), certified biodynamic, with no added sulpher, a fun-filled festival of sour cherry, juicy red plum, notes of Haribo ‘Fangtastics’, fresh rosemary and a dusting of warm spice.

Juvé & Camps, ‘La Siberia’, Gran Reserva Brut Nature, 2010 (imported to UK, available at vinissimus.com at around £80), enjoyed at an outstanding dinner at the 2** ‘Cocina Hermanos Torres’, Pinot Noir from a remote, high altitude vineyard with its own microclimate (hence the name), a result of more than 8 years lees ageing, elegant, with delicate beads of Alpine strawberry, raspberry and redcurrant, puff pastry and brioche, with an exquisite sense of balance and finesse. The most magnificent Cava I have ever tasted.

A version of this piece first appeared in The Buyer