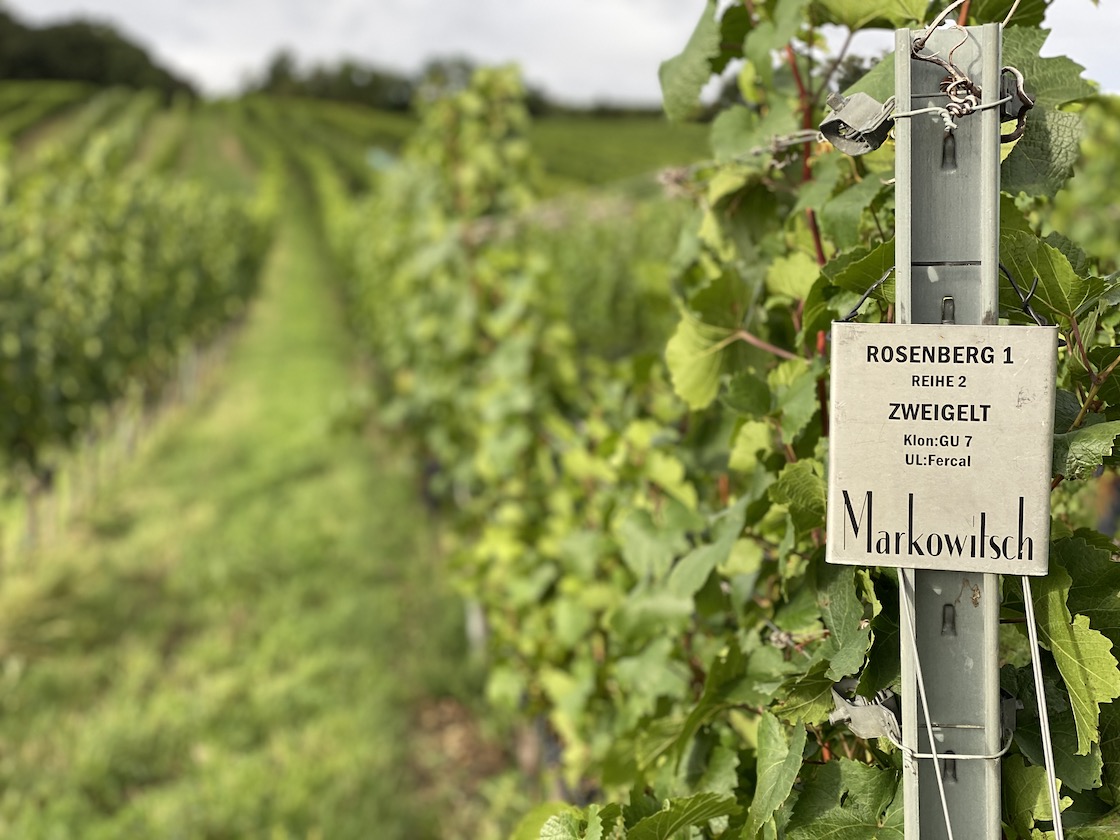 Zweigelt is Austria’s most widely planted red grape: famously fruity, seductively spicy, with a name that many find unsavoury.

Until now, the variety has been celebrated as a relatively simple, crowd-pleasing ‘bistro wine’, but if the producers from the Lower Austrian region of Carnuntum get their way, that perception is about to change, as we get to know the variety’s serious side.

The winemakers in Carnuntum are collectively trying to produce Zweigelt with more elegance and structure from single vineyard sites – and reducing the influence of oak.

Zweigelt was developed in 1922 as a crossing of Blaufränkisch and St Laurent to combine the bite of the former with the body of the latter – it is this combination of sweet and sour, or an intense berry fruitiness with acidic tartness that is one of the wine’s distinguishing characteristics.

The wine was known as Rotburger until the 1960s, when the legendary Lenz Moser successfully campaigned for it to be renamed in honour of its creator, the ampelographer Dr Friedrich Zweigelt. This has proven to be controversial, as Dr Zweigelt was not just a talented scientist but also an enthusiastic Nazi, whose exploits included covertly gathering dirt on non-believing colleagues, who were subsequently purged. After examining his exploits, some growers have reverted to the name Rotburger, while others feel it would be an injudicious overreaction to try to establish a different name for a popular, well understood grape. To its great credit, last year the Austrian Wine Marketing Board dedicated part of its biennial summit to a scholarly lecture from the historian Dr Daniel Deckers, who had examined Dr Zweigelt’s past deeds.

Late budding and early ripening, Zweigelt is generally regarded as a fruit bomb – wines are traditionally light bodied, contain very few tannins, and have a fairly high acidity. The flavour profile of the wine is typically berry-based fruit such as cherries, raspberries and blackcurrants. Secondary notes can include cinnamon, pepper and a floral quality. Zweigelt also delivers generous yields, making it a firm favourite with growers over the years, but – in Carnuntum, at least – the focus has now shifted to restricting those yields, to deliver wines of greater intensity with a character that better reflects its terroir.

Situated just east of Vienna close to the border with Slovakia, Carnuntum was once a mighty Roman citadel, with a population of 50,000. Its winemaking history can be traced back to that era, but it was only formerly recognised as a DAC (‘Districtus Austriae Controllatus’ – effectively, an appellation) last year, approved for making three white wines: Chardonnay, Weissburgunder (Pinot Blanc) and Grüner Veltliner, and two reds: Blaufränkisch and Zweigelt. Carnuntum’s 906 hectares enjoy a continental climate with hot, sunny days and cool nights, thanks to the meadows of the River Danube and the neighbouring Maria Ellender Forest.

The determination of this area’s wine producers’ association, Rubin Carnuntum, should not be underestimated. Founded in 1992, it has already notched up some significant successes. After initially establishing a working group to identify the best sites and vinification methods for Zweigelt, two years ago it became a member of the prestigious association of traditional Austrian wine estates, the Österreichische Traditionsweingüter(ÖTW) and nine vineyards in Carnuntum are now classified as Erste Lage (1ÖTW), intended to be a marker of the ‘significance’ of specific plots.

“There is a unique microclimate that makes it very special to produce Zweigelt here,” says Philipp Grassl of Weingut Grassl, “you have cool layers of loam, with sand and clay underneath, which is very important, because the layers preserve a good water supply. The ancient Danube, after the glaciers melted, deposited gravel. So you have those sediments overlaid by gravel with its high limestone content.”

In their pursuit of a distinctive expression for Zweigelt, the Rubin Carnuntum producers have adopted the descriptor ‘pithy’, to characterise the cooler, fresher, mineral style that they hope distinguishes it from other Austrian examples. This has resulted in a significant reduction in the use of oak influence, although – based on my tasting experience – it would be fair to say that this is currently still a work in progress.

If there are still nuances of opinion over the style that best suits Zweigelt, the producers all seem to agree on one thing: the grape’s versatility. “Zweigelt is a great food wine,” says Christine Netzl,“there is a broad range of different styles, from easy drinking to structured, full of character, full of spice, for more challenging dishes.”

The sense of metamorphosis underway in Carnuntum is captured by a veteran of the region, Robert Payr of Weingut Payr: “In the late 90s, we started to see a big change to produce higher end Zweigelt and now it feels perfect. It is not too hot, not too cold, so we always have a very fine freshness in the wines.”

As it approaches its 100th anniversary, there are those who might still question whether, as a crossing, Zweigelt offers more than the sum of its parts. However, thanks to the determined efforts of Carnuntum’s growers, working together with an admirable sense of common purpose, there is little doubt that it is starting to find a new, more serious voice.

A top 5 from the tasting:

It’s a challenge to find UK stockists for most of these, but do try the Wine Society for an impressive selection of Zweigelt wines.

Weingut Franz & Christine NetzlZweigelt Ried Haidacker 1ÖTW 2017 (imported by Alpine Wines) with a lovely freshness to the nose, there’s dark berry and cherry and the trademark grind of pepper. Still a little closed, but there’s an appealing elegance and some mineral depth. The vineyard, rich in limestone, is currently in transition to organic certification.

Weingut Glatzer Zweigelt Ried Haidacker 1ÖTW 2017 (A number of the Glatzer wines are available at Winebuyers but I was unable to find this one) organically produced, a bit of a fruit bomb, with raspberries, cherries and a hint of violet. Riper on the palate, reflecting the hot vintage, with an attractive note of baking spice.

Weingut Robert Payr Zweigelt Ried Steinäcker 1ÖTW 2017 (not currently in the UK), also organic, from the 2020 vintage, from one of the sites closest to the River Danube, there’s foraged blackberry, bright red cherry and a lovely peppery note. It’s still a little shy, but there’s good, firm structure and a thrilling tension. 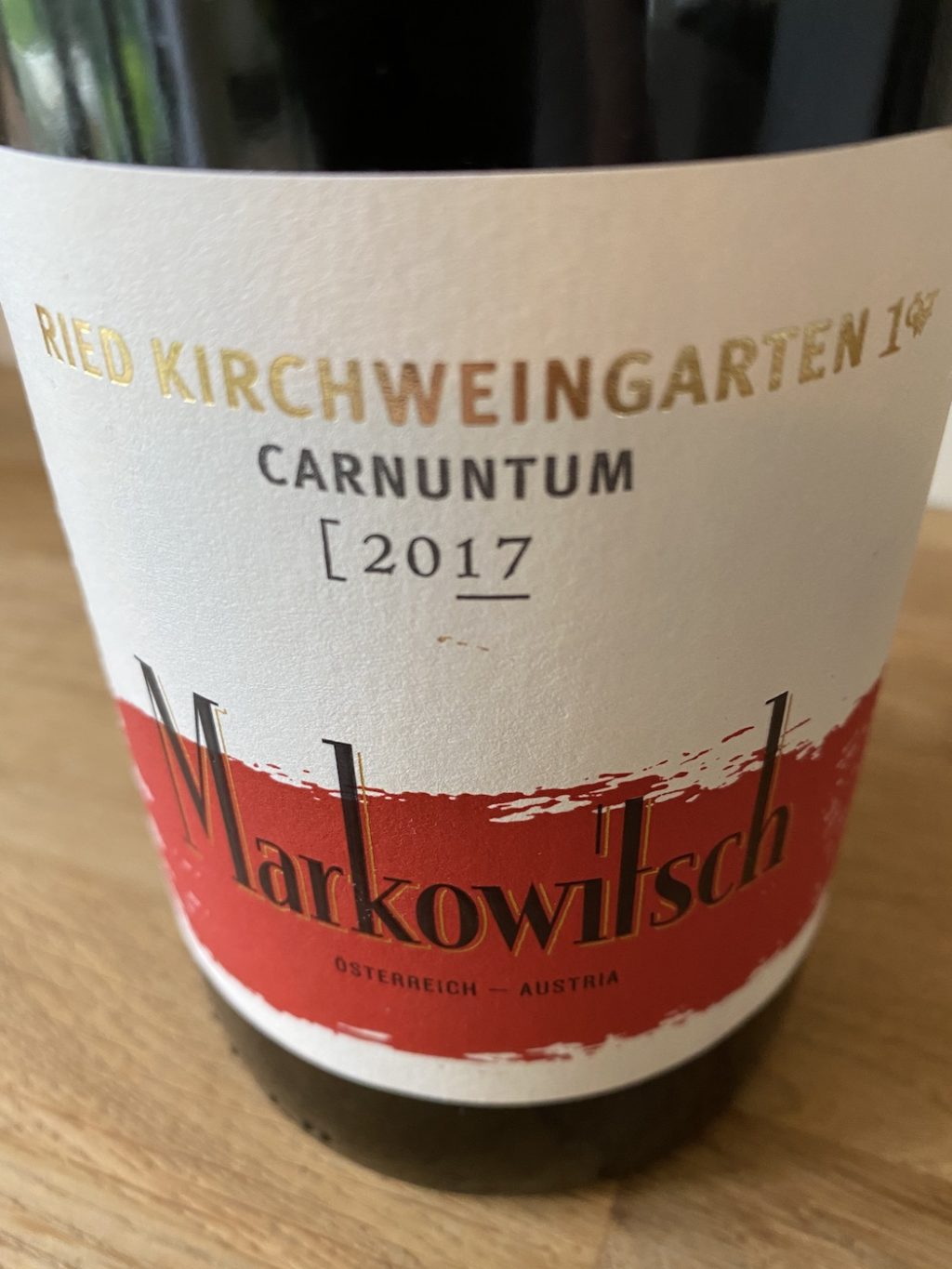 Weingut Gerhard Markowitsch Zweigelt Ried Kirchweingarten 1ÖTW 2017 (not currently in the UK), from soils rich in limestone on a south-facing site, this was my favourite wine, with its fresh, crunchy red berry fruit, ripe juicy tannins and its refreshing spine of acidity. Wonderful served with the lightest of chills, this manages to be both serious and very friendly.

A version of this piece originally appeared in The Buyer.