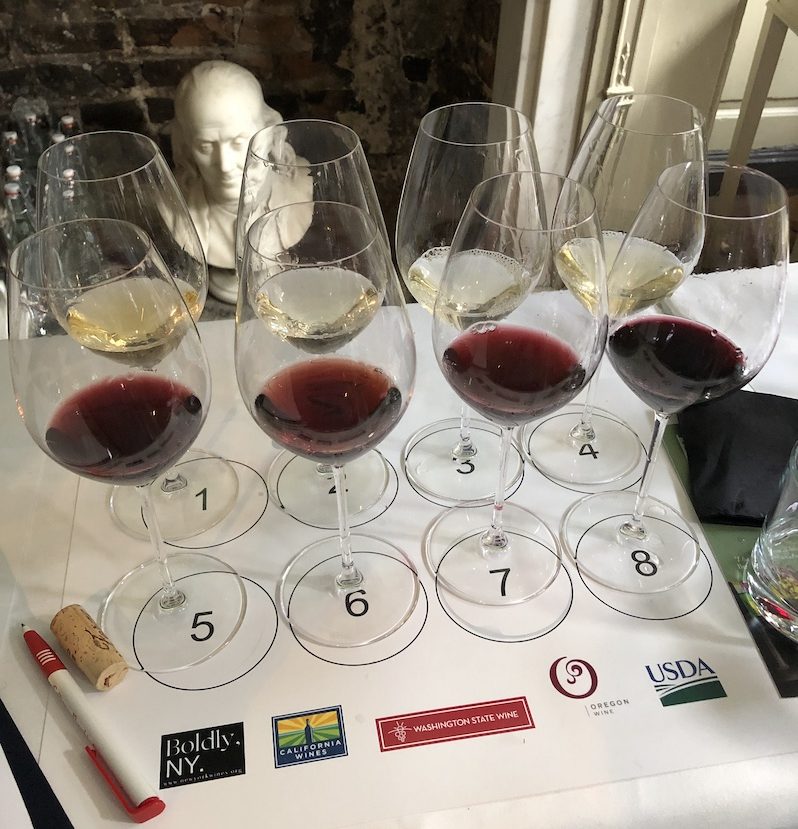 Benjamin Franklin, one of the fabled Founding Fathers of the United States is often quoted as saying that “God made beer, because he wanted us to be happy”. The only problem is that he didn’t actually utter those words. According to the institute set up in his name, he was really talking about wine, musing that we should “behold the rain which descends from heaven upon our vineyards; there it enters the roots of the vines … a constant proof that God loves us, and loves to see us happy.”

Despite my enthusiasm for US history, it came as a surprise to learn that ‘The First American’ Franklin actually lived in London for around 15 years, in an unassuming house close to Charing Cross station that is now a small museum. So what better place to showcase the wines of the USA, from coast to coast?

Borrowing its title not from Franklin but from the American author Katharine Lee Bates, ‘From Sea to Shining Sea’ was a series of 3 ‘seminars’ – themed as ‘Journey through the regions’, ‘Uncovering value’ and ‘Sustainability” all hosted by Master of Wine Victoria Stephens-Clarkson (pictured below) – accompanied by tastings encompassing four of the USA’s wine regions. 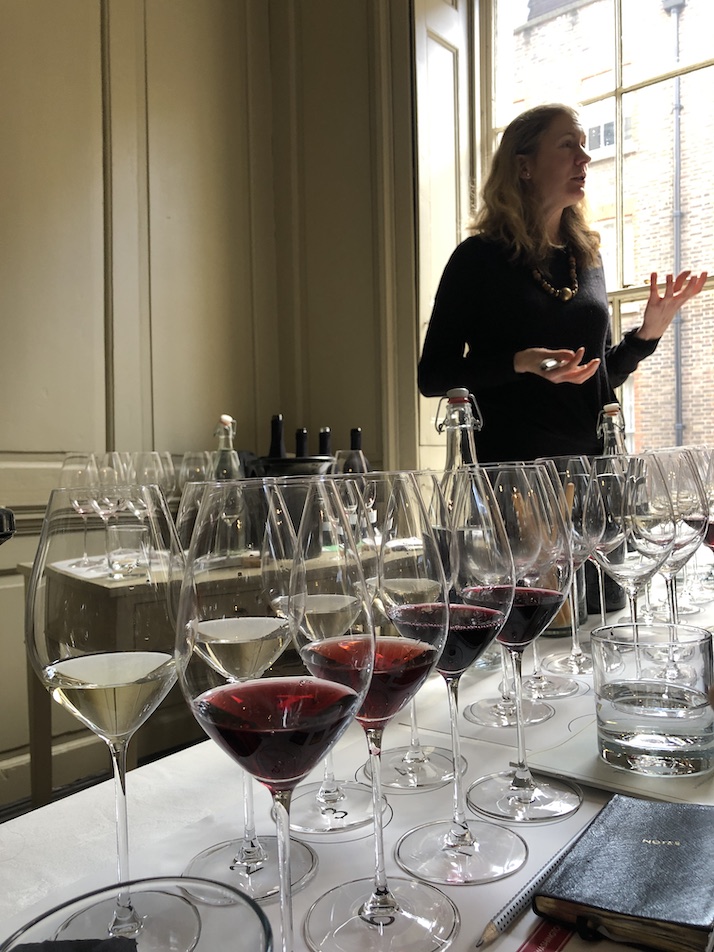 There are apparently wineries in all 50 states of the USA, if not necessarily vines, but California accounts for 90 percent of the country’s production, followed by Washington, New York and Oregon, so those states were chosen to feature in the tasting, sponsored by the US Department of Agriculture.

To condense the four most significant wine regions of the United States into one morning was admittedly ambitious, but the choice of historically appropriate venue, knowledgable host and – most importantly – the smart selection, and diversity, of the wines selected for sampling gave the event a sense of coherence, where it might otherwise have felt a bit portmanteau.

“the sheer size of the United States”

“It’s easy to forget the sheer size of the United States, with these four wine producing states alone representing a landmass that is greater than the countries of France & Germany combined”, said Washington Wine Board’s export supremo, Doug Marshall, “with the wild diversity of soils and climates both within each wine growing region, and across the country, it is no wonder that there is such a broad range of wines”.

Although tightly choreographed, the sessions succeeded in shining a light on that diversity, as well as imparting some key information, offering a broad introduction to each of the regions and even some specific detail on regional diversity, climate and terroir. Most valuable was the tasting: of the 24 wines featured, 8 were tasted blind (pictured below) in the ‘uncovering value’ session, presumably an attempt to dispel some of our assumptions around bang for our buck.

So here are the 10 wines that stood out across the three 8-wine tastings:

Red Hook Winery Robert Foley, Macari Vineyard Chardonnay 2014 (imported by Flint Wines but no sign of a UK stockist, alas), from biodynamic vines on the North Fork of Long Island, this wine initially transported me to Chablis. Complex citrus aromas, lean structure, with clean, refreshing flintiness and notes of almond biscotti from well-integrated new French oak. This wine alone is well worth a trip to the Brooklyn tasting room, which apparently offers a great view of the Statue of Liberty.

Forge Cellars, Dry Riesling 2016, Finger Lakes (Simply Wines Direct), weighty for a Riesling, with rich, textured bruised apple, honey and ripe peach, spicy crumble notes and a finish that’s as long as one of those lakes.

Sandhi Santa Rita Hills Pinot Noir 2016 (Roberson Wine), I have been so impressed with the wines I have tasted from the Santa Barbara area, with its transverse valleys ushering in a cooling Pacific breeze. Ripe blueberry, red cherry and gentle spice, with wafts of bracken and lavender and a satisfying mineral depth.

Nathan K, Pinot Noir 2016, Finger Lakes (imported by Top Selection), a riot of crunchy red fruit, with an earthy savoury twang, notes of fennel and just a little spice, juicy acidity and a bit of grip resulting in an elegant, refined wine that shows what the Finger Lakes can deliver.

Borne of Fire, The Burn, Cabernet Sauvignon 2017, Columbia Valley (imported by Enotria and Coe, but I cannot find a retail stockist), The Burn is a contender to be a new Washington AVA within the next year or so, with this relatively new wine from the mighty Ste Michelle group showing its potential.  A feast of fresh red fruit, it’s a real breath of fresh air, with the smooth tannins making for an accessible, very gluggable Cab that offers excellent value.

Birichino, Bechthold Vineyard Cinsault, Old Vines 2018, Mokelumne River (imported by Berry Brothers & Rudd), reputedly from some of the oldest Cinsault vines in the world, this actually made me think of Beaujolais. Rose petals, redcurrant and Alpine strawberries combine with wet granite to deliver a light, refreshing yet complex wine that’s anything but stereotypically Californian.