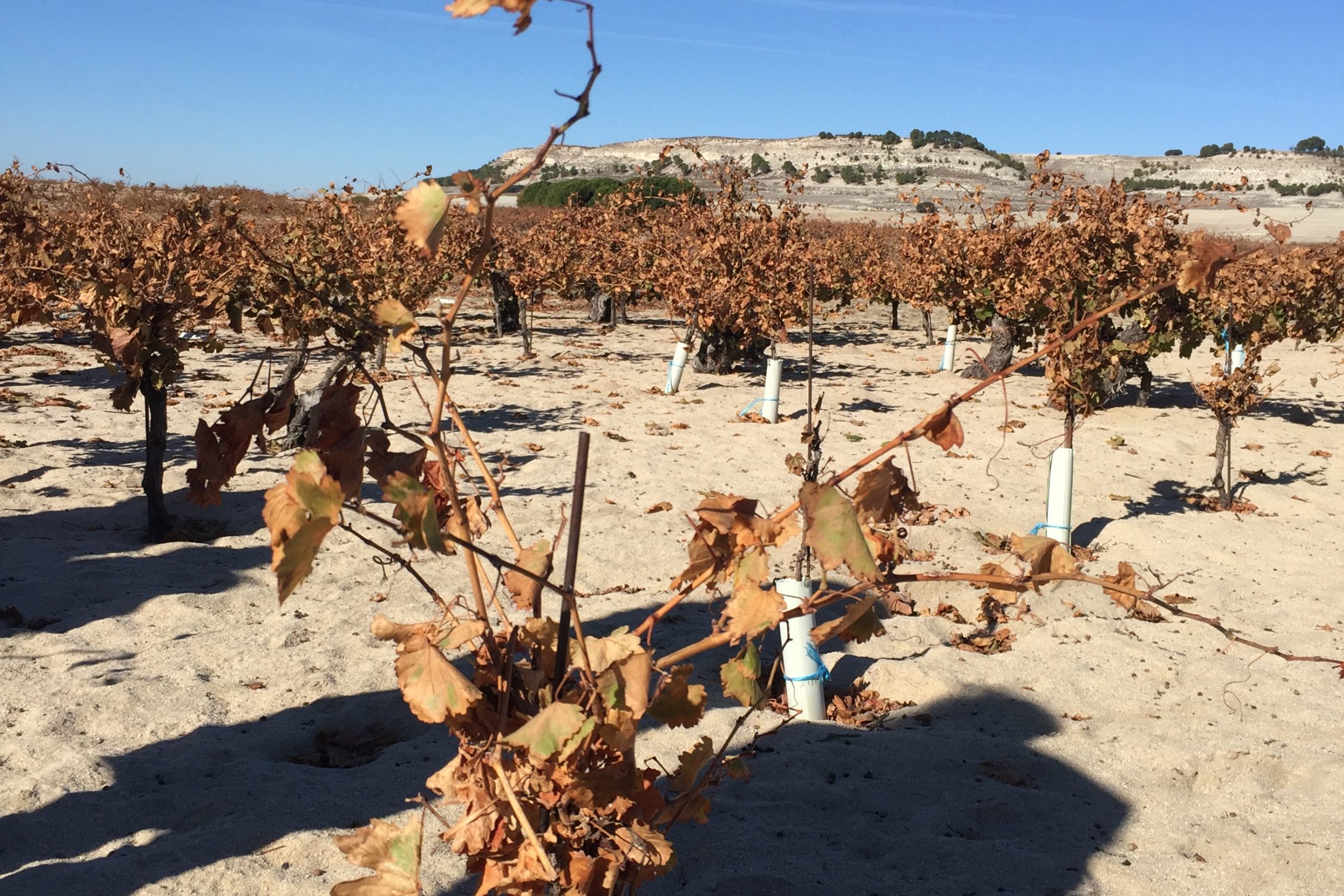 Why Verdejo reigns on the plain

It was once the white wine of Spain’s Royal Court, but Rueda’s re-birth owes more to the riches of Spain’s big wine barons, than its modern day monarchs. One of the few European wine regions still growing in size, it now accounts for more than forty percent of Spain’s white wine sales, with ambitions to significantly grow its exports too.

Established as a DO in 1980, the first appellation in the Castilla y Leon region, Rueda was formed by a small band of growers, who had the foresight to see that its distinctive Verdejo grape deserved a place on the world wine map. Since then, it has seen something resembling a ‘gold rush’ of investment.

Thought to be ten centuries old, with its origins in North Africa, Verdejo is, at first glance, an unlikely match for the sweltering summer sun and wild winter winds of the Iberian plains. Aromatic, herbaceous and fruity, the wines are balanced by robust acidity, reflecting the stark diurnal range in temperature and widespread use of night harvesting to keep things cool, and they have a distinctive slightly bitter finish.

the landscape is the sky

Rueda is, technically, Mediterranean, however its altitude between 700 and 800 metres makes it distinctly continental. Standing in a virtual desert of sand and stones, in full sunshine, whipped by biting Atlantic winds, 100-year-old bush vines valiantly defy the odds on this plateau, where the landscape is the sky.

Bleak as it may be, the scenery has proven seductive; Marques de Riscal was the first to reign on the plain, recognising Verdejo’s potential as a more exciting alternative to Rioja’s Viura and ploughing huge investment into the region. Ramon Bilbao, Torres, Freixenet and Marques de Caceras were among the big names that followed, setting up shop alongside the traditional producers and co-operative winemakers. 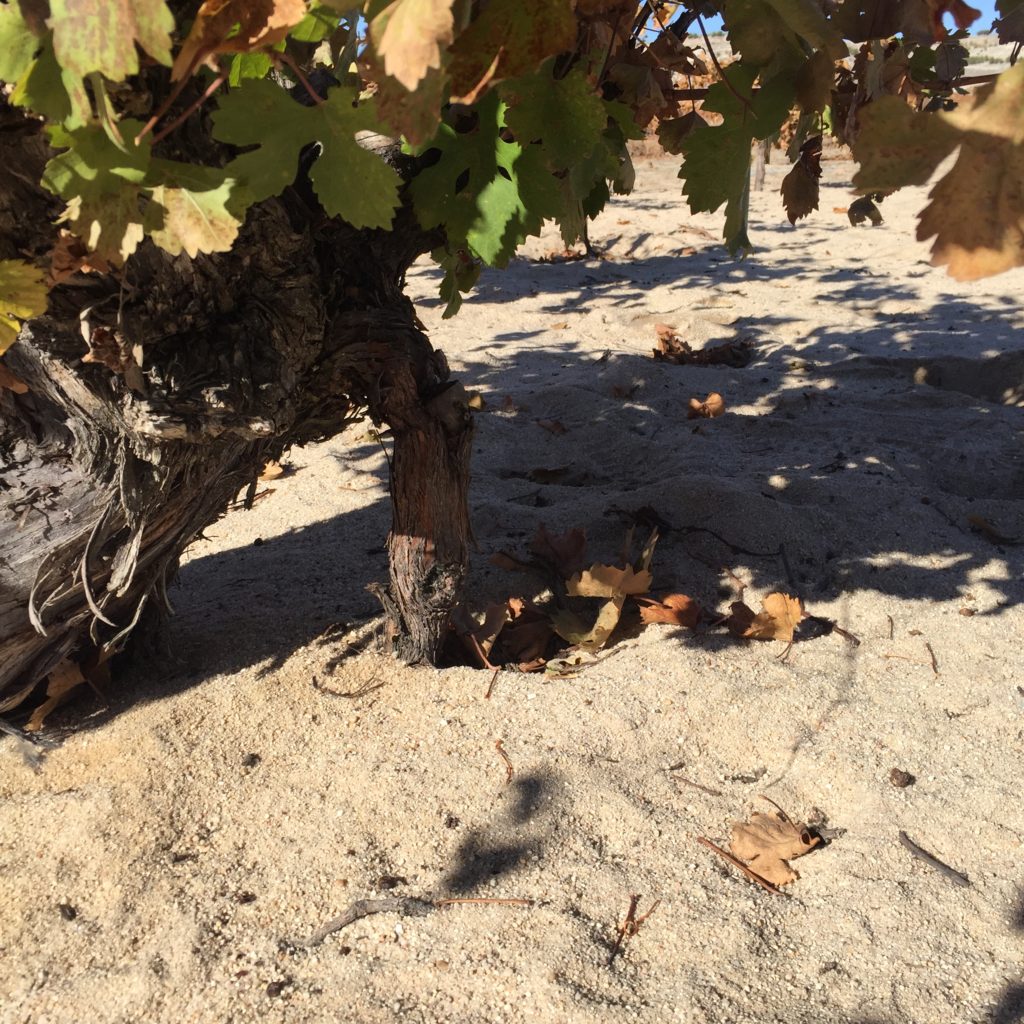 Visiting the region, it’s immediately obvious that Verdejo is its star, with Sauvignon Blanc in a supporting role. Viura and Palomino Fino are also grown, generally for use in blends, with new plantings of the latter strictly forbidden. Verdejo accounts for more than 85 percent of all the grapes grown in the region. Contrary to what I believed before my visit, there ARE reds too – Tempranillo, Cabernet Sauvignon, Merlot and Grenache – but they account for less than 2 percent of production and are almost impossible to find, even at the headquarters of the Consejo Regulador.

‘Espumoso’ (sparkling) wines, made by the Traditional Method, with a minimum ageing of 9 months in bottle, are still a tiny part of the region’s production, but based on those we tasted, they have huge potential, especially on the export market where growth in sparkling wines continues to boom. 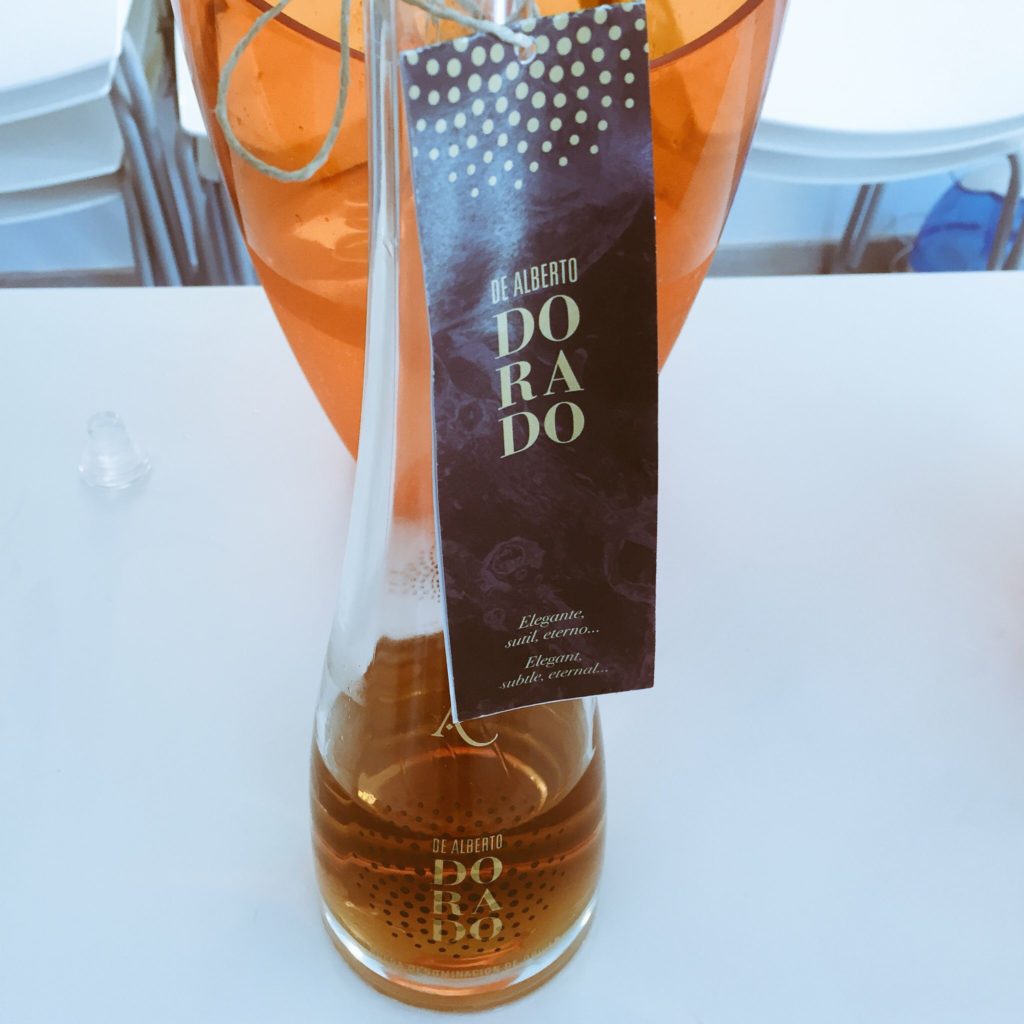 And then there’s the granddaddy of them all, ‘Dorado’. Almost extinct at the end of the 1970s, this dry dessert wine, with its sherry-like oxidised style, is making a slow comeback, championed by producers who rightly feel that it’s a formative part of the region’s history. Produced in a version of a Solera system, the wine is golden, toasty, and not a million miles from an Amontillado.

We sampled Dorado’s charms, served from a trestle table incongruously set amidst the bush vines and quince trees, with Eduardo, the son of one of the DO’s founding fathers, Felix Lorenzo Cachazo. “Verdejo is my family’s blood”, Eduardo told me. Thanks to the sandy soils, these vines survived phylloxera and ‘layering’ is now used, burying long canes in the soil to develop new plants. Perhaps surprisingly, they resist the temptation to bottle premium old vine Verdejo on its own, choosing instead to blend the grapes into their mainstream wines. “To take the old Verdejo from the blend would be to take away its soul”, Eduardo explained.

A few miles away, Eduardo’s wife, Martina Prieto Pariente, keeps alive her Grandfather’s vision for Verdejo. As winemaker, Martina presides over a state-of-the-art, eco-friendly facility, with steel, concrete and wood all used for fermentation. “Blending all three, gives us a point of difference”, Martina explained. We were offered tank samples, tasting the freshness from the young ferment in steel, the developing lees texture from the concrete and the signs of complexity already coming from the oak.

With more than two thousand hectares of vines and an output of 15 million bottles, Cuatro Rayas is Rueda’s biggest co-op, accounting for almost 20 percent of the wine produced in the region. Its main market is domestic, with around 25 percent going for export. Much of that is under screw cap, which would, of course, be anathema to Spanish consumers. 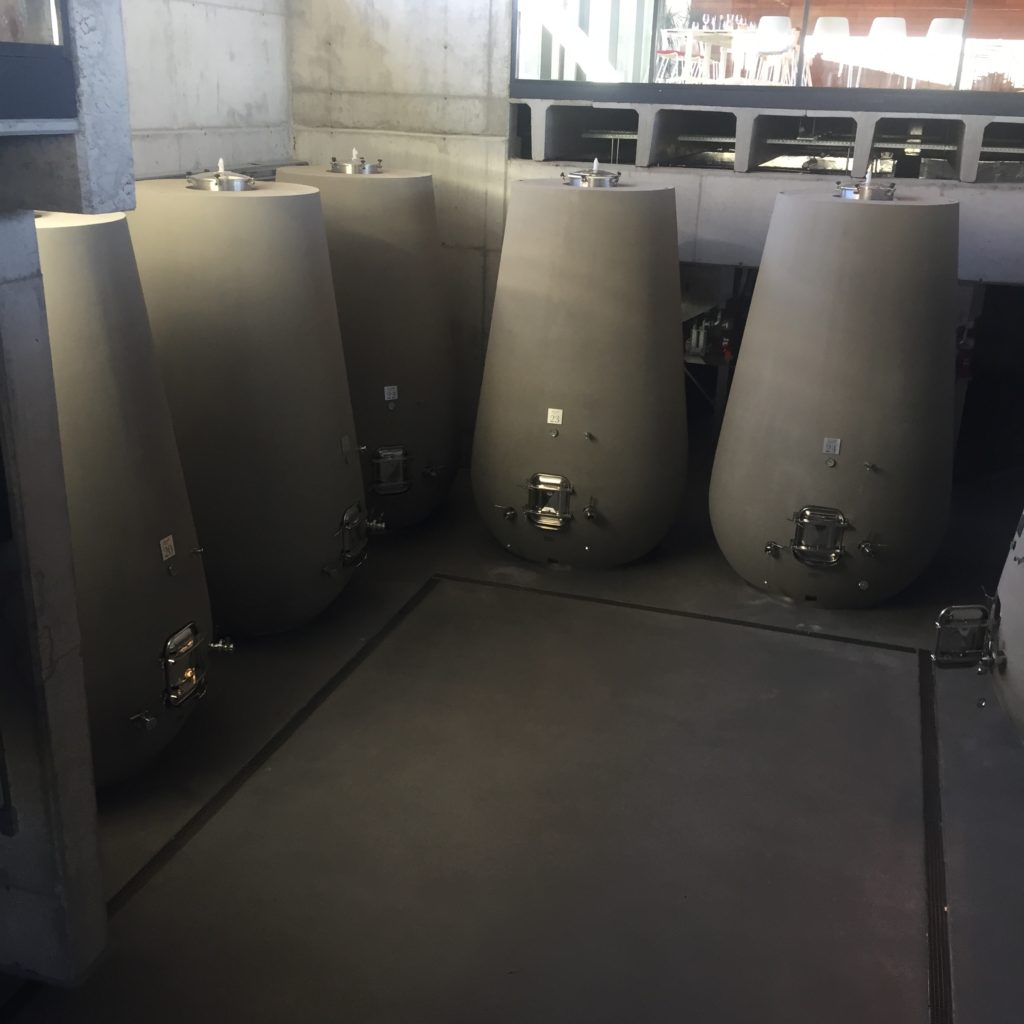 Which brings us back to that ‘gold rush’. Gonzales Byass is the latest to splash the cash in Rueda, investing around two million Euros in a brand-new home for its Beronia brand’s white wines. Currently produced by someone else, Verdejo has been such a success that it is taking production in house, converting former sugar beet fields to vines to supply its new winery. Water is in short supply here, so the new building uses rainwater collected from the roof and also has biomass heating. A family of giant 10,000 litre concrete eggs, standing proud like giant ‘wheebles’, await their first ferment. Those first grapes will be harvested next year, so the 2018 vintage will be the first Beronia Verdejo produced on site.

Rueda’s also attracting interest from outside Spain, with Bordeaux’s Francois Lurton and Michel Rolland the latest to see Verdejo’s potential for wines of high quality. Bodega Campo Eliseo was completely rebuilt in 2014, linking historic cellars ten metres underground with the latest winemaking technology above. As you’d expect, there’s plenty of oak, with the barrel-fermented wines the highlight of our tasting.

Of all the wines we tasted, those that had seen oak were probably my favourites, but the biggest revelation was the potential for sparkling Verdejo – albeit some years from now, as production levels are still small. And as for a flavour i’ll savour? It was the Dorado – the one that diced with death. The Spanish Royals were definitely onto something.

Sadly it’s nigh on impossible here in the UK to find one of those sparkling wines we raved about – and Dorado is pretty obscure too (even in Spain).

It is, however, easy to get hold of a good Verdejo. The Beronia Rueda Verdejo is available from Waitrose and also Ocado at £9.49 and the Cuatro Rayas Rueda Verdejo is £9 at Tesco.com (only online, as far as I can tell).

The ‘barrel fermented’ styles of Verdejo are harder to track down sadly, but Jose Pariente’s Verdejo is available at Vinissimus online.

This first appeared in The Buyer. If you’d like to see the full piece, go to  http://www.the-buyer.net/insight/spains-wine-barons-re-inventing-rueda/