Going out with a Pop: Pommery’s ‘last hurrah’ at the Harrow

When Roger and Sue Jones opened the Harrow at Little Bedwyn, they cannot possibly have imagined the nature of its closure, some 21 years later.

The notoriously fickle world of fine dining sees establishments come and go, of course, but ‘Team Jones’ ensured the Harrow had staying power, with a loyal customer base, a constant stream of critical acclaim, for its wine list as much as its food, and a coveted Michelin star for a dozen consecutive years.

So there was shock and dismay when, back in January, Jones announced that March the 28th would be the restaurant’s final service. At the time, he explained “I always said the day I wake up and feel that I am not excited about going to work in the Harrow kitchen is the day I retire”.

Not even in his nightmares could Jones have envisioned the industry to which he has dedicated his professional life staring into the abyss a mere two months later, as the coronavirus crisis bites deeper each day into the hospitality industry as we know it. 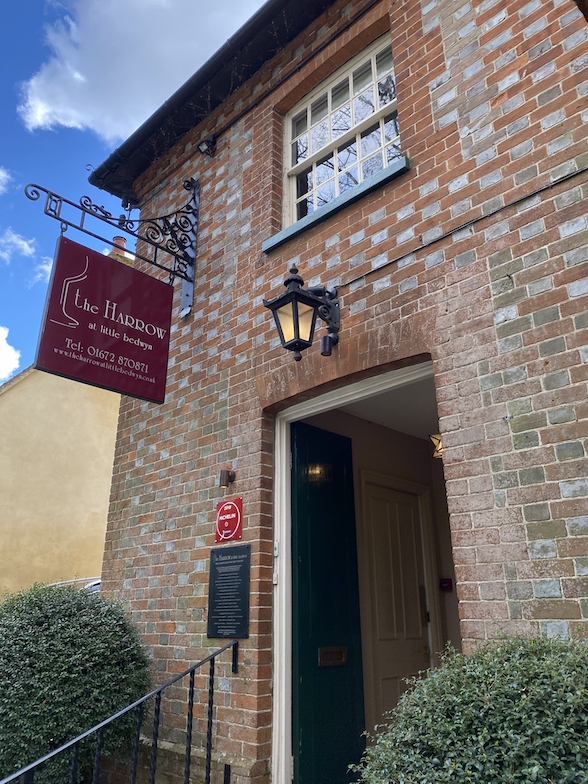 At first, the signs were encouraging: just as the announcement of the retirement of Concorde in 2003 prompted a frenzy for seats on the final flights, there was a similarly supersonic sprint for the last tables at the Harrow, with places selling like hand sanitiser.

Until a couple of weeks ago, Roger and Sue could look forward to a successful swansong, the restaurant packed to the finish with a mix of regular patrons-turned friends and a series of charity fundraisers for the causes close to their hearts, a feature of the Harrow since it opened.

Then came the spread of the virus, with its pursuant mixed messages from the Government, making it nigh on impossible from day to day to make a call on whether it was considered safe to stay open. Last week, Jones bowed to the inevitable, bringing forward its closure.

Among those keen to celebrate the Harrow at Little Bedwyn’s long and delicious life was James Smith, on trade director at Vranken Pommery and one of the many whose professional relationship with Jones, dating back to his days at Matthew Clark, morphed into friendship.

On seeing news of the restaurant’s closure, Smith wasted no time reserving the front room for a special paired lunch, to raise a toast to the fabled 2002 vintage. He could not have known, at the time of booking, that it would be among the last events the restaurant would host. 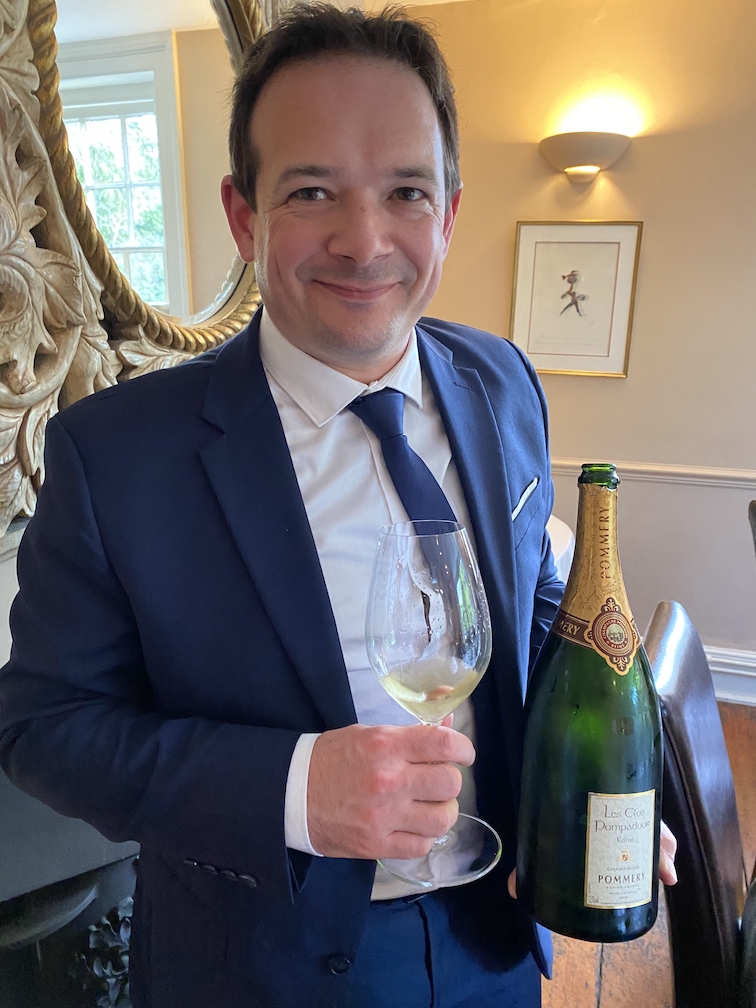 Making a special journey from Reims, Pommery’s 10th Chef de Cave, Clement Pierlot (pictured above), who joined the house in 2004, keen to celebrate what he describes as “probably one of the best vintages in the history of Champagne”, together with Vranken Pommery’s London-based UK CEO, Julien Lonneux.

As most will know, Jones is celebrated for some very particular dishes and, happily, the menu took the form of a ‘greatest hits’ compilation – a kind of ‘Now that’s what I call delicious’ – his classic creations carefully paired with the ’02 cuvées.

Canapés – foie gras and salted caramel macarons – and the amuse bouche – sashimi of tuna with black truffle, locally sniffed out by Jones himself, who turns out to be something of a truffle hound – were served with Pommery Brut Apanage NV, served from magnum, which uses a 2011 base, rather than the 2014 used in the regular bottle size. Seven years of bottle ageing bring incredible elegance and poise, the plump citrus fruit sitting perfectly in check, complemented by wafts of elderflower. There’s a real mineral zing and the finish has a very grown up dryness.

Seared diver caught Orkney scallop (monkfish tail for me) with foie gras and black pudding was specifically requested by Smith, and it’s easy to see why.  A magical pairing with Les Clos Pompadour 2002, en magnum, from the largest ‘clos’ (walled vineyard plot) in Champagne, planted in the 1960s, with the assemblage reflecting the make up of the plot: 75% Chardonnay, 20% Pinot Noir with the remainder Meunier. With a nose like the delicate crust of a lemon drizzle cake, there’s hawthorn hedgerow and yellow apple, leading into pillowy layers of rich, expansive toasty fruit that envelops the mouth. This was my absolute favourite.

Pembroke lobster with a Cuvée Louise Beurre Blanc, paired with the Cuvée Louise 2002 itself, en magnum, was a triumph with the acidity in the Champagne perfectly judged in the gentle foaming sauce. From three Grands Cru villages, Avize, Cramant and Ay, “the focus is on elegance and purity, rather than power”, says Pierlot. Poised and precise, the crystalline citrus is brushed by an ethereal nuttiness. This could easily take another decade of ageing. 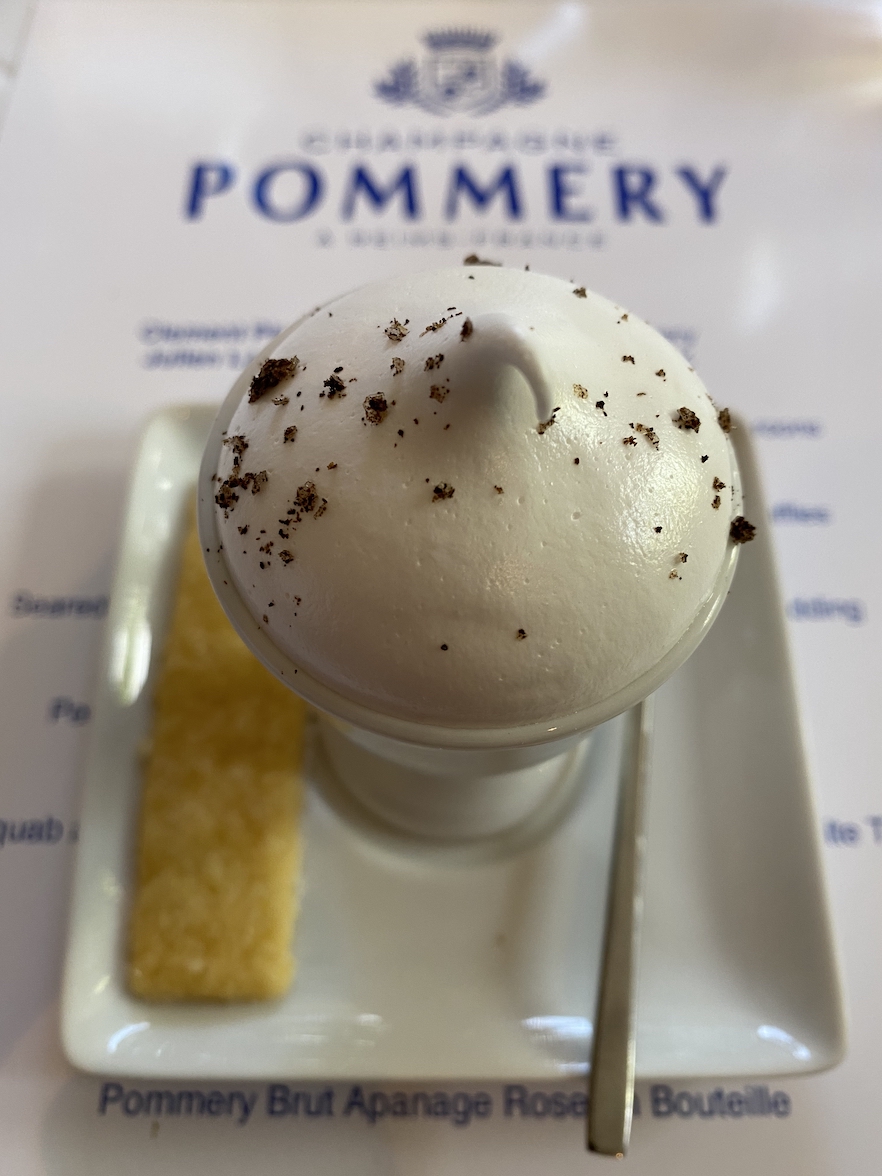 “Rosé was the hardest pairing as I tend to prefer it with savoury dishes such as lamb or turbot with truffles”, says Jones, “however as we needed to end with a Champagne, I did add some salt to the dessert”

So what of the future? Jones (pictured below) is fearful, for the short term at least: “It’s hard, as I know how many restaurants work day by day”, he tells me, “eating out is not a necessity and it will take time to recover. Clients may not feel that they can be seen enjoying themselves. We have to turn our sights away from ‘making money’ and look to a war-like zone where we help others before ourselves”. 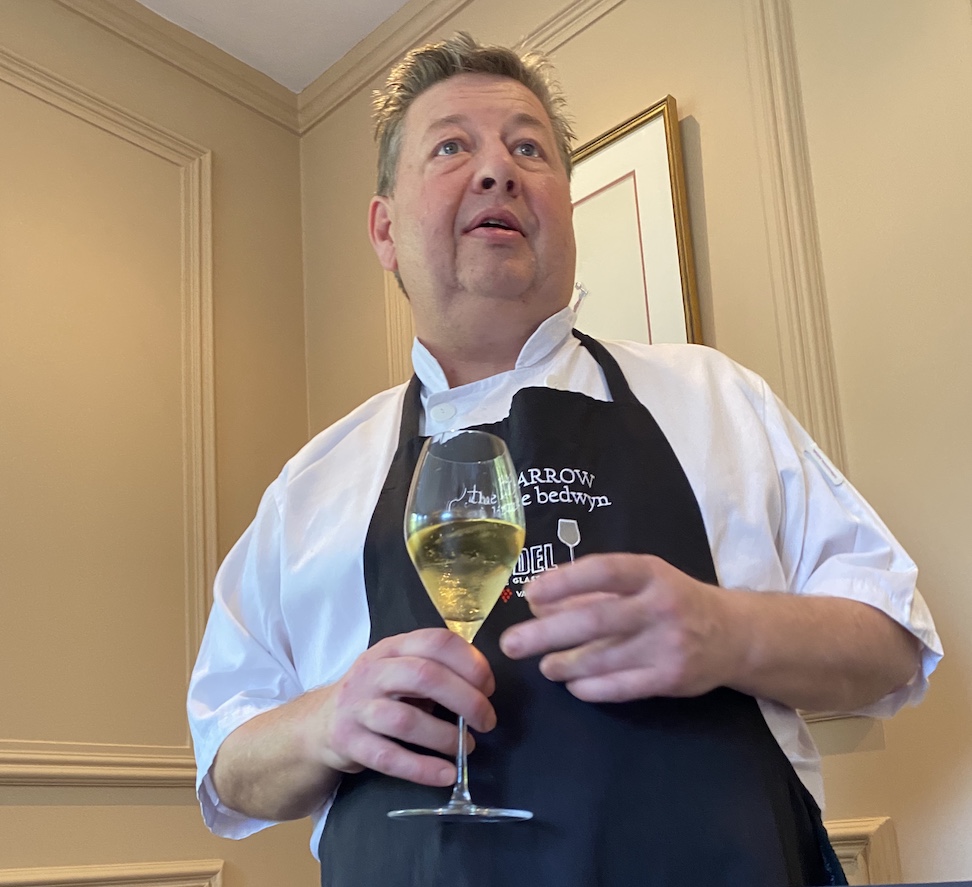 Indeed, the scary shifting sands of the coronavirus pandemic already make a lunch enjoyed just under a fortnight ago feel opulent and indulgent, set against the new reality of restaurants and bars closing, staff being sent home, and supermarket shelves emptying before our eyes.

As I write, desperate shoppers at my local Sainsbury’s have just been embroiled in a minor scuffle over the final jars of Dolmio. At the same time, despite facing their own challenges caused by the pandemic, Roger and Sue have been knocking up luxurious, nutritious and, crucially, free packaged meals for those who face potentially months of self-isolation. Delivering them locally, like the Batman and Robin of the Bedwyns, they embody that old adage about a crisis: it brings out the worst in people, but it also brings out the best.

It is undoubtedly the end of an era, the doors have now closed, the Harrow at Little Bedwyn may be history, but its spirit lives on in a way that nobody could have predicted.

This piece first appeared in The Buyer