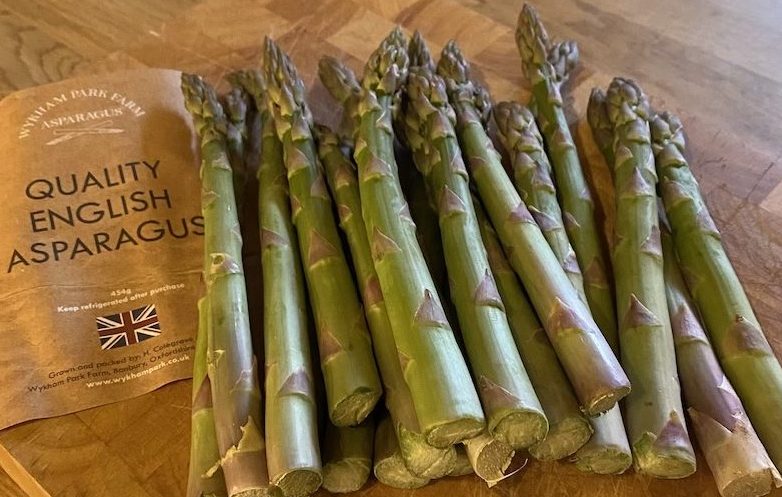 Asparagus tips: wines to pair with ‘the King of Veg’

I get ridiculously excited about the English asparagus season. After the dark days of winter, the green shoots of this luxurious vegetable signal that spring has well and truly sprung. The fact that it’s in season for such a limited period only adds to the frisson. I don’t tend to bother with the imported stuff over the rest of the year as it’s simply not worth the air miles. For me, it has to be green and it has to be English.

Gentle, delicate, yet also assertive and strong, asparagus delivers a bunch of culinary contradictions and it can give the most experienced sommelier a headache. The wrong pairing guarantees a failed marriage, but I have found a number of options to assuage any fears for your spears.

I regard asparagus as a bit of a loner, best served on its own with only the mildest of accompaniments. Steamed to al dente and slathered in butter and black pepper, it somehow manages to be sumptuous in its simplicity. For added interest, I might whip up a Hollandaise. The most ambitious I get is a risotto.

Asparagus is known as ‘the King of Vegetables’ and our Queen apparently loves it, so who better for advice than a man who used to cook for her, Roger Jones, Michelin-starred for 12 years at The Harrow at Little Bedwyn (read about my recent Champagne-fuelled visit): “People often say asparagus is a difficult match, but that’s because you have over-cooked it, and then you get that stale boiled cabbage smell, so throw away those books that tell you to cook asparagus in bunches in stupid asparagus pots”, he tells me. “Cut the asparagus naturally – it will break where the tough bit ends – get a big saucepan, boil the water with salt, throw in the asparagus for 15 seconds, then pop into a hot frying pan with equal butter and extra virgin olive oil, toss and add black pepper. Simple.” 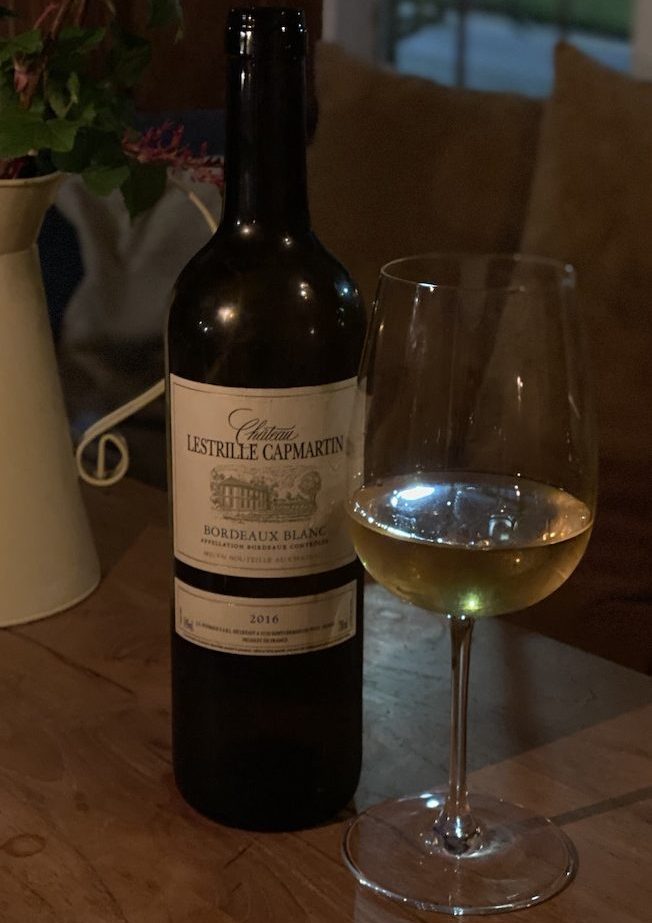 If you want to keep it English, then why not celebrate the growing success of the country’s wine industry by choosing a Bacchus? With its green apple acidity and fresh nettle nose, Bacchus can be a lean, mean bastard, but Lyme Block English White (£9.99 at Aldi), from Devon, cleverly blends in Pinot Blanc, to add a lovely floral note and a hint of honeydew melon, which really adds interest while still slicing through that melted butter like a knife.

If you’re whipping up a Hollandaise, something richer is required, so I would go for a plump Chardonnay, with a bit of well-integrated oak. If you can afford it, a Burgundy is unlikely to disappoint, but let’s face it asparagus doesn’t come cheap, so there are more affordable pairings that still offer a lick of luxury. Wakefield ‘Jaraman’ Chardonnay 2018 (£15.99 on a Mix Six at Majestic Wine), from two of Australia’s cooler regions, Clare Valley and Margaret River, offers creamy citrus, greengage, the whiff of struck match and lovely layers of texture from its time on the lees (dead yeast cells). It has the cut-through-yet-complementary character the rich sauce requires, with the green notes in the wine embellishing those spears.

I love making risotto and my ‘signature’ dish brings together asparagus, frozen petit pois, banana shallots and Gran Padano cheese (which I find has a bit less attitude than Parmesan), carnaroli rice and a generous knob of the best butter you can find. After all that stirring, my reward is a good quality Italian white, with crisp acidity and plenty of character.

Good quality Soave is an underrated food pairing hero, but make sure you choose a ‘Classico‘, the designation for the best hillside sites, and avoid the cheap, thinner options that have done the region more harm than good. Inama ‘Vigneti di Foscarino’ Soave Classico (£19.99 at Waitrose Cellar) is one the best: a springtime walk through an orchard, with blossom, wild honey and bright citrus wrapped around an invigorating wet stone core. Couple it with the risotto and I guarantee you’ll feel like an alchemist.

So how did asparagus earn its troublesome reputation? Well, it’s probably overblown, but there’s no doubt that a duff match can be genuinely awful. I have been experimenting with rosé – so far without success – and there is not a single red that I would dare to pair. That said, Master of Wine Anne Krebiehl believes it’s possible to take it too far: “I don’t set too much store by exact food and wine matching so, more often than not, I drink what I like anyway: extra brut fizz like Crémant, bone-dry, snappy Rieslings and slender, spicy Grüner Veltliner. I love green asparagus and have found that none of the above are a clash. If I want to push the boat out, I make ‘asperges mousseline’, effectively a hollandaise sauce made lighter by the addition of cream. That calls for a rounder wine and in that case I really love a creamy, oak-aged Sauvignon Blanc from Steiermark (Styria, Austria’s southernmost wine region), which mirrors your suggestion of Bordeaux Blanc!”.

Jones has a multitude of options in his sizeable cellar and also rates Sauvignon: “white Bordeaux is excellent, but oddly Semillon-Sauvignon from Australia does not work. Chenin Blanc, especially aged, goes well and Vintage Champagne is also good”.

Thanks to its acidity and opulent texture, Champagne would almost certainly work with asparagus in all its glorious forms. And, frankly, if you’re splashing out on the King of Vegetables, you may as well marry it with the Queen of Sparkling Wine.

*full disclosure: the links above are purely to help you find the wines – they are not commercial/sponsored links.