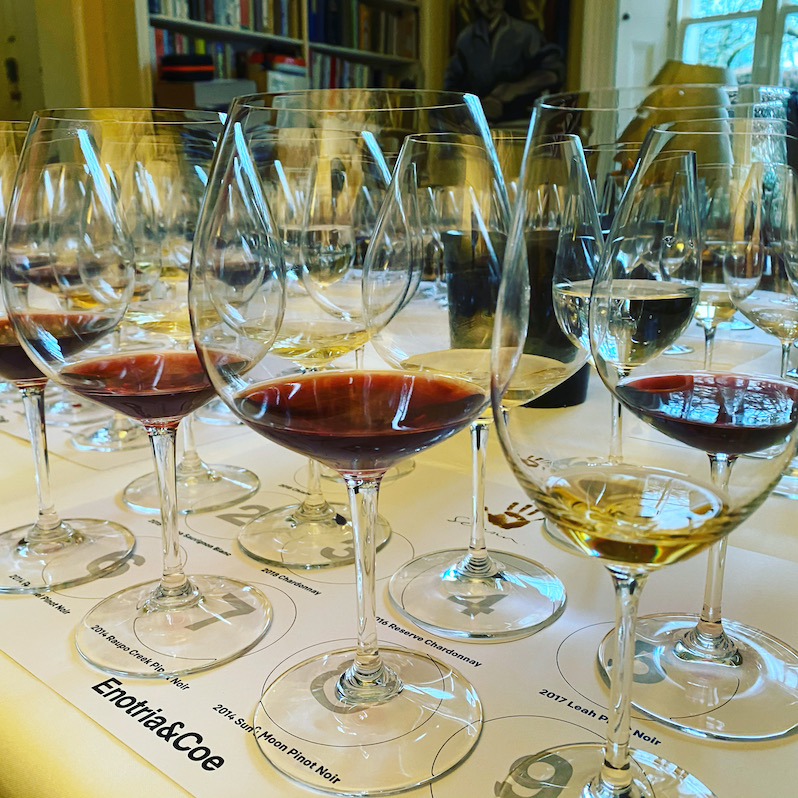 Seresin: down to earth wines from a movie mogul

Much has been written about Michael Seresin because, quite frankly, there is a lot to say.

Having had the good fortune to have been invited back to lunch, for a second time, I can only assume that it’s because I made a great impression on my previous visit… that, or someone somewhere forgot that I had already had the pleasure. I’m clinging to the former, thank you.

Researching Seresin is a significant project in itself. From modest beginnings in Wellington, a move to Europe in his early 20s to pursue a career in camera work led to damp digs in Willesden Green, a million metaphorical miles from the handsome-but-homely Georgian villa in Maida Vale that’s now his London pad. Throw in his summer house, in the Marlborough Sounds, featured in a series about the world’s most extraordinary homes, and things have turned out pretty well for this sprightly 77-year-old.

An accomplished cinematographer, he has worked with some of the biggest names in Hollywood, with his dozens of credits including Midnight Express, Bugsy Malone, and Harry Potter and the Prisoner of Azkaban. 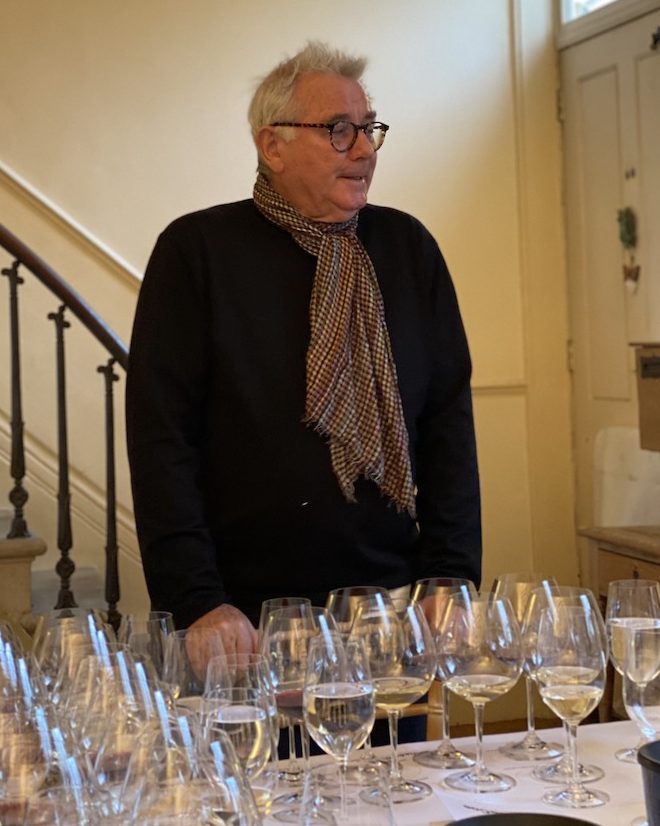 Seresin isn’t a winemaker and, somewhat unconvincingly, claims that he isn’t even much of a wine expert. “I just ask stupid questions”, he says. That doesn’t seem to have held him back. In the early 90s, long before it became fashionable for movie moguls to buy wine estates, Seresin invested in around 70 hectares of land in Marlborough, then still emerging as a wine region.

a blockbuster in its own right

The story of Marlborough Sauvignon is a blockbuster in its own right, but that has never been Seresin’s schtick. Although his winery does produce limited amounts of Sauvignon Blanc (he admits he’s “not a fan” of the grape), its reputation has been built on Pinot Noir; his decision to plant it, and also Chardonnay, proving prescient.

Acting on impulse, Seresin was also ahead of his time with the decision to eschew the spraying of fertiliser and insecticide, opting instead for organic, then biodynamic agriculture. “I met Anne-Claude Leflaive who said to me ‘if you can grow grapes and make wine without chemicals, then why not?’, and that was it”, he tells us, “you know, chemicals have come to be seen as ‘conventional’ but biodynamic practices have existed for hundreds of years”.

He tells the story of a cab ride, back home in Marlborough: “I do get recognised sometimes and on this particular journey the driver, of Maori descent, said: ’you guys use our calendar, don’t you?’ and it dawned on me that, lo and behold, this thing isn’t just Steiner, it has been in New Zealand forever”.

Seresin is now focused on his land in Raupo Creek, having dispensed with the plots from which the celebrated Tatou and Noa wines were produced, after a tumultuous row with a neighbour over spray-drift. “You just can’t take any chances with this stuff”, he says firmly.

I visited Seresin Estate, pictured below, back in January 2018 (read more about my visit here). 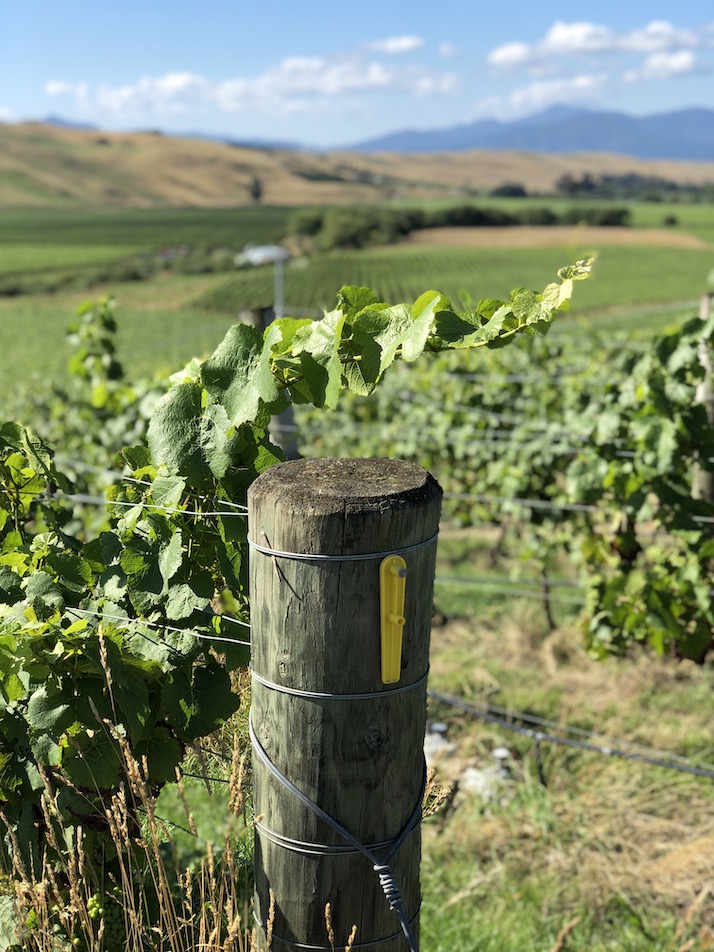 A charismatic figure, Seresin throws up some fascinating contradictions. His demeanour is laid back, yet he is clearly very demanding. His legendary hosting skills are the embodiment of warm Kiwi hospitality, yet he’s not a man I would want to cross. He must be privy to all sorts of Hollywood secrets, yet he is also deliciously indiscreet when it comes to those in the wine world of whom he is not fond.

The last time I met him, he was showing off his new winemaker, Tamra Kelly-Washington.

The former chief winemaker at Yealands, she cut her teeth in Italy, which was probably the clincher for Seresin, a confirmed Italophile rather than an avowed fan of his former Marlborough neighbour.

Now two years into the role, Kelly-Washington guides us through the tasting. The first wine over lunch (a delicious spread of well-paired Ottolenghi-style veggie shared plates), is Chiaroscuro 2018, which roughly translates as ‘light from dark’, a co-fermented blend of Riesling, Pinot Gris and Gewürtztraminer, with six months in neutral oak. One of Kelly-Washington’s wines, a floral nose leads into a vivid, expressive wine, light yet also rich-textured, herbal, with an almost bitter green apple finish.

Texture is a recurring theme, with the next example being Mārama Sauvignon Blanc 2016, which Seresin describes as “a reaction to the sense that all Marlborough Sauvignons were tasting the same”. Waxy citrus, raw honey and stone fruit abound, with a creaminess from some gentle oak influence.

Chardonnay is a significant focus for Seresin. Kelly-Washington lauds her boss “for his great persistence in planting it, when no-one else in Marlborough was interested”. Bottled last March, Seresin Chardonnay 2018 offers bright, fresh citrus, firm peach and toasted pine nuts, with a  gentle, textured character.

Leah Pinot Noir 2017, a blend of the Raupo Creek plots, has vibrant red fruit, blackcurrant leaf and gentle warm spice, firmly structured, still young, with fine tannins and a persistent finish. Later, we’re treated to a ‘Leah vertical’, with the ’14, ’07 and ’04 vintages, the latter still incredibly youthful in character, an outstanding wine.

Rachel Pinot Noir 2014, is named after Seresin’s mother, the vines cropped to produce enough fruit for one bottle per vine, resulting in a plump, concentrated, darker fruit character, with a dusting of cocoa and smooth ripe tannins. The elements all appear to be in suspension, so this has years ahead of it.

Sun & Moon 2014, from small plots within the Raupo Creek vineyard, unfined and unfiltered, released only in the best years, offers a subtle, relatively tight nose, with delicate floral notes. There’s a beguiling tension between the plump fruit and the tight structure, resulting in a very elegant, restrained wine, with a savoury centre.

So what next? Seresin seems energised by his new partnership with importer Enotria and Coe, while Kelly-Washington is clearly keen to make her mark on the Pinot and develop their “exciting plans” for Chardonnay. And me? Well, I’m just holding out for the trilogy really… ‘Lunch in Maida Vale: Return of the Kermode’ could be the best yet.

This piece first appeared in The Buyer. If you’re interested in buying the wines, they are stocked in good independents, or you can try the excellent Specialist Cellars online or at Pop Brixton.